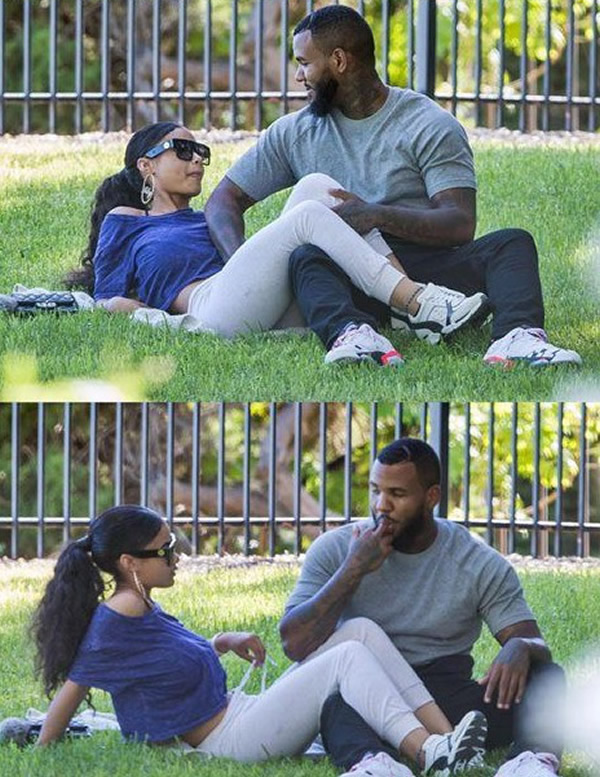 The Game, whose real name is actually Jayceon Terrell Taylor, was enjoying a day in the park with 18-year-old girlfriend China Love when things got strictly X-rated.

The Game got more than a little carried away in the PDA session as he was spotted slipping his hand down China’s trousers.

The rapper then appeared to force China to smell his fingers before licking them! And there’s a sentence we never thought we’d write.

Eww, seriously could he get any more gross? While he is yet to officially comment on the snaps, Jayceon did post a cryptic tweet saying: “Yall late… I been lickin eyeballs for like 6 years.”