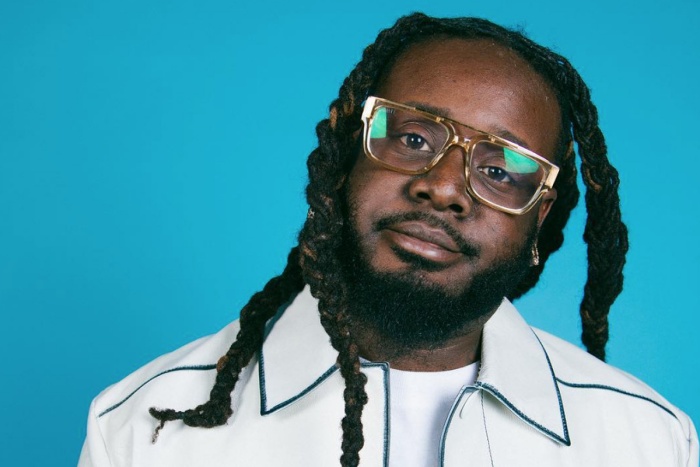 Popular American rapper, T-Pain has taken to social media and shared over a hundred messages he unintentionally ignored from celebrities across the world for two years.

T-Pain disclosed that he was not aware there were message requests pending his acceptance as he had no knowledge about DM requests.

Some of the celebrities from Africa include Phyno, Wendy Shay, Maryorkun, Medikal, Juliet Ibrahim and many others and apologised for not replying to their messages whilst describing himself stupid.

Juliet Ibrahim’s message reads “Hi ya,” while Cuppy’s name came up because she mentioned T-Pain in her Instagram Stories.

After T-Pain revealed those sending him DMs, DJ Cuppy responded, “Not me being outed”, alongside laughing face emojis.

Viola Davis, Diplo, Fergie, Nate Robinson, are some of the foreign celebrities whose messages he missed.

Previous ArticleAKUAPEM POLOO LIED!…I NEVER SAID I HAVE GIVEN GH¢4,000 TO DKB – Woman AllegesNext ArticleI PRACTICED LESBIANISM AND I HAVE NO REGRETS – MP & Minister For Communications, Ursula Owusu Reveals