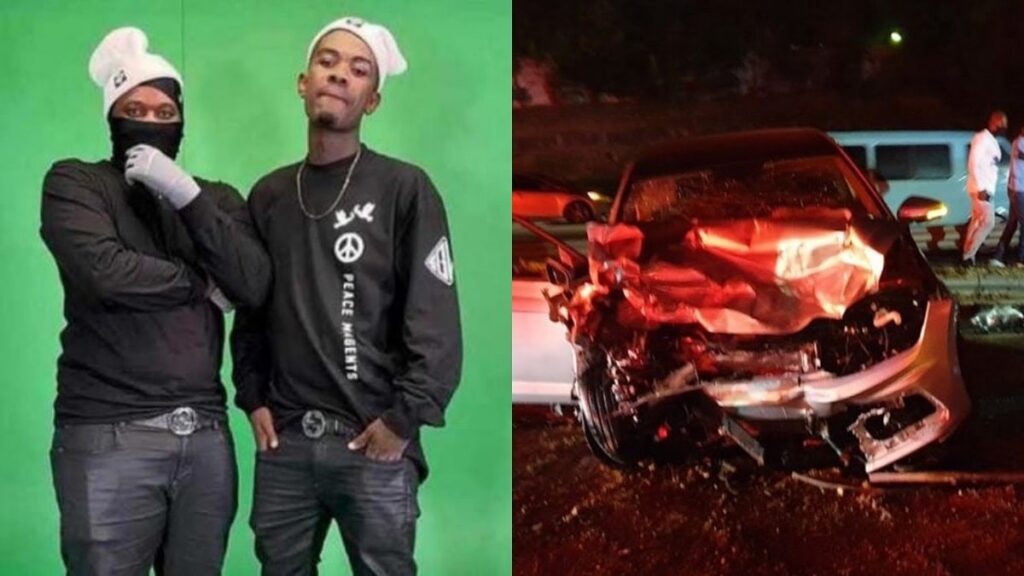 The sad event occurred on Monday, August 9,  and the pioneer of the Amapiano genre in South Africa Mr Jazziq broke the news on Twitter when he shared photos of the two promising artistes.

South African rapper Riky Rik also joined in breaking the sad news when he shared their photos with a sad caption on Twitter.

According to reports, Killer Kau and Mparu died on their way to a gig in Rustenberg. Their car got involved in a tragic accident and they sadly passed away.

LOVED YOU BOYS SO MUCH💔💔💔 pic.twitter.com/S5NzHUV95b

It is believed that South African Disc Jockey, Kabza De Small was with Killer Kau and Mparu in the car that got involved in the accident which gave many South Africans the fear that he may have passed away also.

However, Kabza De Small in a tweet has announced that he was safe.