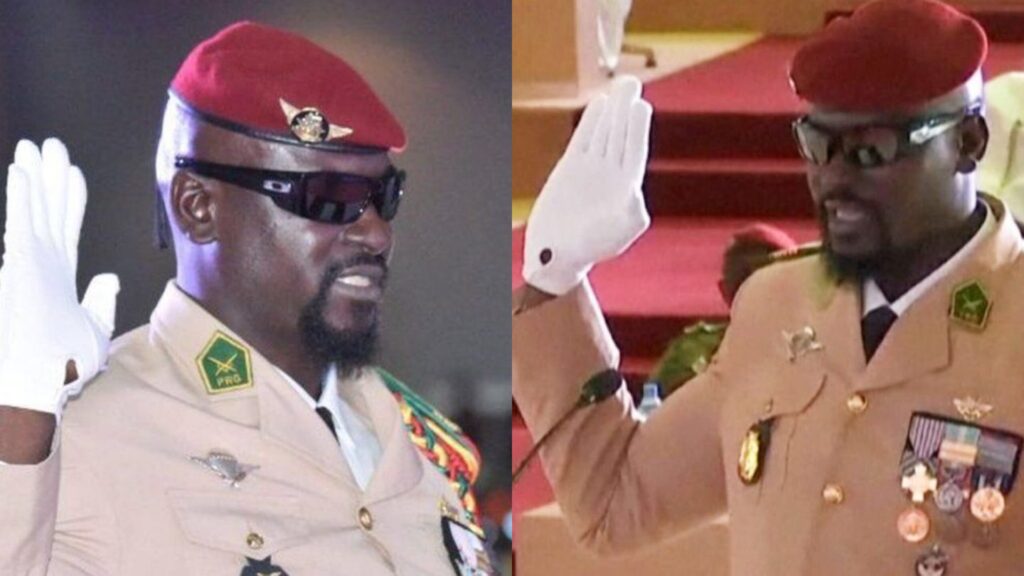 Guinea Coup leader, Col Mamady Doumbouya has been sworn is as Guinea’s interim president after leading a coup that saw the overthrow of Alpha Condé.

The 5 September coup has been widely condemned.

Both West Africa body Ecowas and the African Union have suspended Guinea.

Ecowas also imposed sanctions against the coup leaders and demanded a return to constitutional order within six months.

Speaking at the Mohammed V palace in Conakry, the new president said his mission was to “refound the state” by writing a new constitution, tackling corruption, changing the electoral system and putting in place “free, credible and transparent” elections, according to the AFP news agency.

He also promised to “respect all the national and international commitments to which the country has subscribed”.

Guinea’s military junta has not specified how long it would take to organize elections.