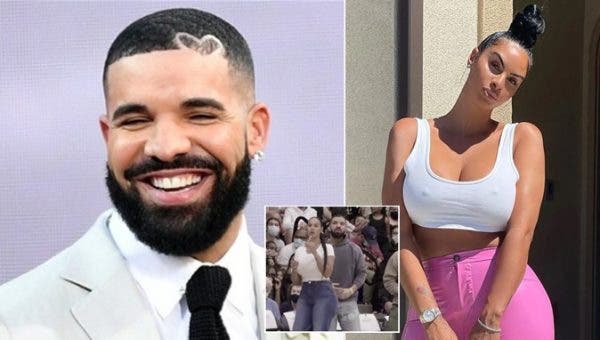 Multiple Grammy award winner and rapper, Drake took Johanna Leia, the mother of a basketball player, Amari Bailey on a cozy romantic dinner on at the Dodgers Stadium.

Drake had reportedly rented out the whole stadium just to have their private moment together. A helicopter that flown over the stadium during the date captured Drake and Johanna Leia.

Prior to the date, there were reports that Drake has been trying subtly to woo the basketball star’s mum at a Sierra Canyon’s High School basketball game where her son was playing.

Drake sat between Leia and Michael B. Jordan during the Sierra Canyon H.S. basketball game.

Leia is a former model with around 77.4k Instagram followers. She is mostly seen cheering for her son during his game. amari baileyDrake
Previous Article‘GHANA POLICE HAVE BEEN STOPPING ME LATELY DUE TO MY DREADLOCKS’ – Knii LanteNext ArticleBET AFRICA SALUTES SARKODIE AS HE CLOCKS 36 TODAY, JULY 10