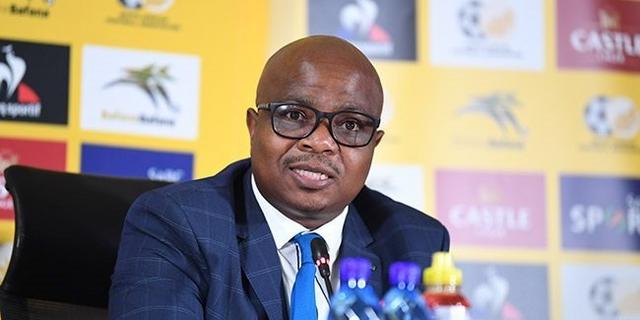 The South African Football Association (SAFA) has announced plans to file a formal complaint against the referee who officiated Sunday’s World Cup qualifier game between the Bafana Bafana of South Africa and Black Stars of Ghana.

SAFA CEO Tebogo Motlanthe said they will file a complaint at CAF and FIFA against Senegalese referee Maguette Ndiaye and his assistants.

Bafana Bafana suffered heartbreak at the hands of the Black Stars following a narrow 1-0 defeat at the Cape Coast Stadium.

The Black Stars join the race to secure a spot to Qatar in 2022! 🇬🇭#WorldCup | @ghanafaofficial pic.twitter.com/wyvf5xqKgJ

Andre Ayew was the match-winner after expertly converting a first-half penalty after Daniel Amartey was fouled in the box.

The decision to award the penalty has, however, divided opinions, with many South Africans accusing the referee of cheating them.

In a statement after the game, SAFA CEO Tebogo Motlanthe confirmed that the country’s football body will file a complaint against the match officials.

“The association has decided to launch a formal complaint so that the conduct of the match official is closely investigated by both FIFA and CAF,” he stated in an audio shared on Twitter.

SAFA CEO Tebogo Motlanthe explaining how there association will be challenging the decisions made in yesterday’s World Cup qualifier. #BafanaVsGhana #BafanaPride pic.twitter.com/SI63GmrbZ8