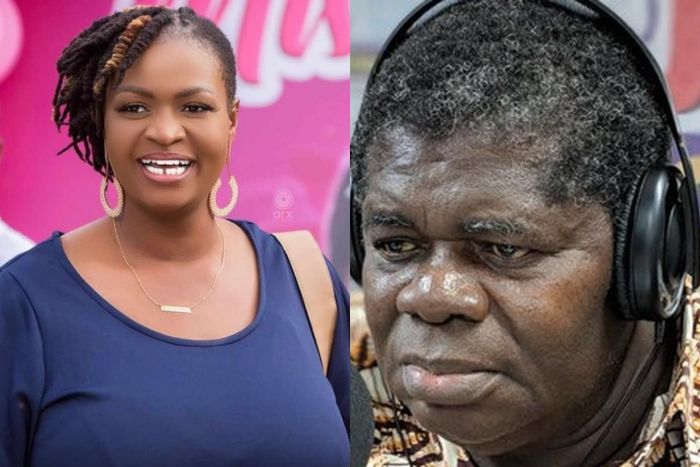 Controversial Ghanaian music executive, Ayisha Modi has weighed in on the conversation about embattled veteran actor Psalm Adjeteyfio’s lamentation of lack of money to live despite the huge amounts of money he received from the vice President.

Many people have been baffled by the fact that TT, who was just four months ago granted a 50,000ghc contribution by Vice President Bawumia and other charitable people, has returned to social media to beg for “leftovers” from MzGee.

In order to add to the conversation, Ayisha revealed that she gave Psalm Adjeteyfio a large quantity of money, which could not have left him broke enough to beg again.

“I also made a donation.” Four months ago, he made nearly a billion. This is simply excessive. We understand that life in Ghana is difficult, but the money I provided TT last year is equivalent to a year’s salary in Ghana,” she said in the comments section of a site that shared TT’s tale on social media.

She was also curious about the investments Psalm Adjeteyfio claimed to have made with the funds raised from sympathizers such as Dr. Bawumia.

“If TT invested all of the money we provided him, he could make roughly GH6,000 every month, bro.” So, what exactly is this investment he’s talking about? Every six months, I get a profit of $6,000 from a $50,000 investment in a Ghanaian bank, she noted. 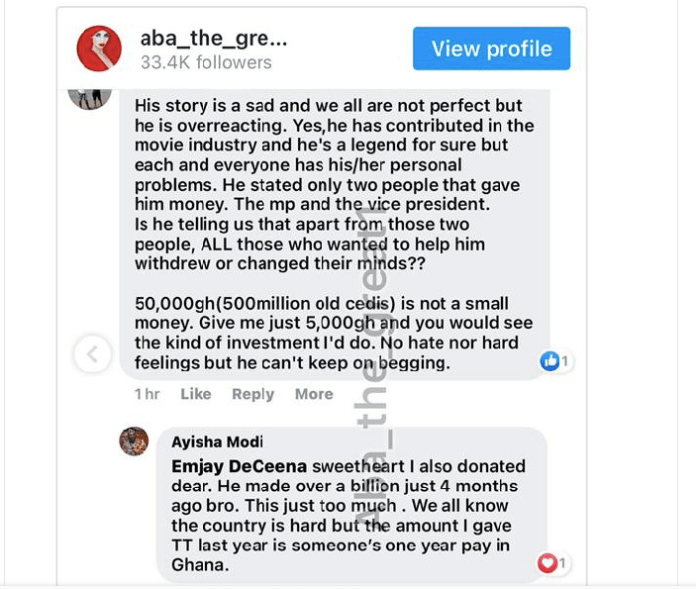