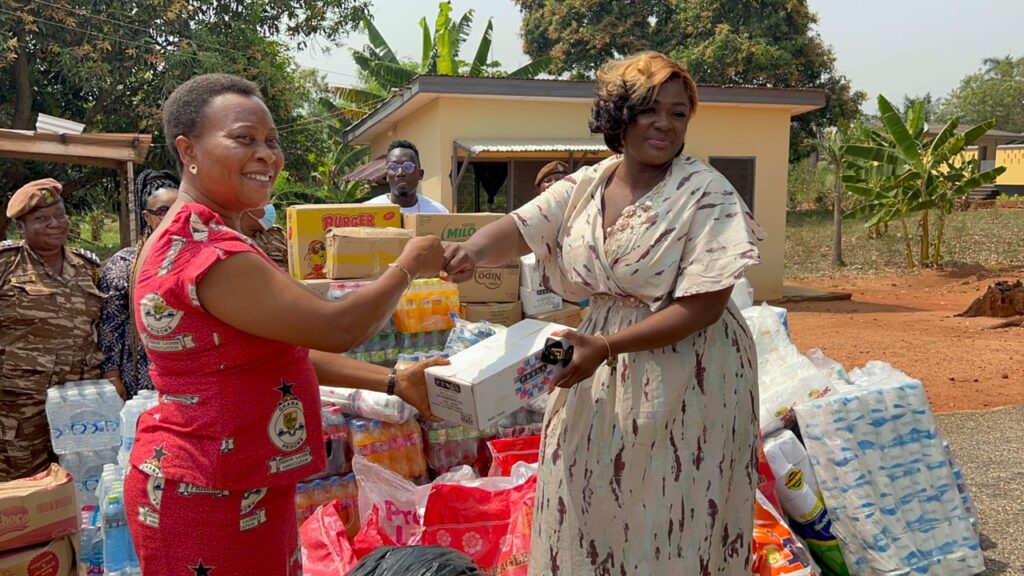 Popular Ghanaian actress, Tracey Boakye is in the news again and this time again for the right reasons.

Tracey Boakye recently celebrated her 31st birthday on Monday, January 17, 2022. A few days after her birthday, she was seen in a video giving GHS 1,000 to an unknown lady who asked for help.

Barely 24 hours after that, Tracey Boakye has gone to the aid of the inmates at the Nsawam Prisons.

She donated items worth about GHS 20,000. Bags of rice, cooking oil, drinks, toiletries and many other items were donated by the ‘Baby Mama’ producer.

Madam Boakye explained the reason behind her visit in a video captured by Zionfelix.net. An official at the Nsawam Female Prison showed gratitude to the popular actress for her benevolence.

She prayed for Tracey to live long—and use this as an opportunity to appeal to others to come to their aid. Tracey Boakye was accompanied by actress, Christiana Awuni and other friends.

Watch the video below.