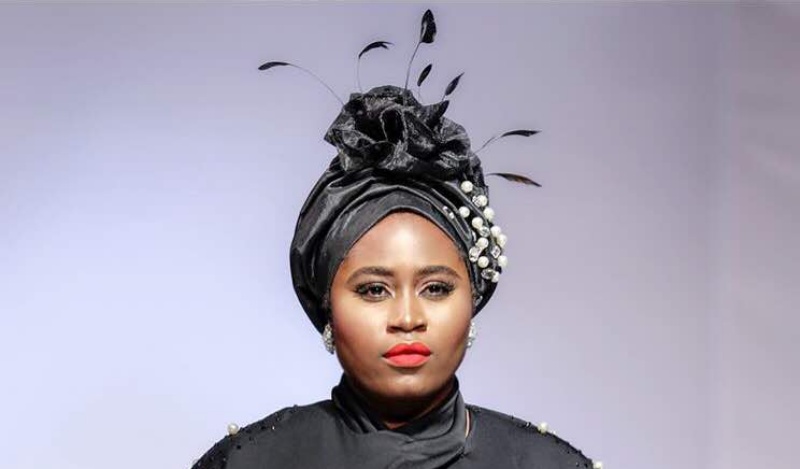 Highly opinionated actress and activist, Lydia Forson has tackled rapper Sarkodie and others who believe the E-Levy Tax is a good initiative by the incumbent government.

The debate is still ongoing in Ghana about government’s decision to tax digital money transactions.

Many are those who are kicking against the policy saying it will kill emerging businesses and make the life of an average Ghanaian difficult.

There is also the likes of Ghanaian rapper, Sarkodie who believes the E-levy is not a bad policy but the timing was wrong.

Lydia Forson has however lashed out at Sarkodie who has been tagged as Hypocrite-in-Chief for supporting such a policy.

She made a tweet saying there is nothing right about the E-levy policy especially when government cannot account for what they have used our previous taxes to do in the economy .

Her tweet read, “There is ABSOLUTELY nothing good about E-Levy!! NOTHING.”

“There would be room to debate it’s nexessity if weren’t already taxed for nearly everything already.”

“The argument should start fromall these hidden/dodgy we pay and yet to see their benefits.” 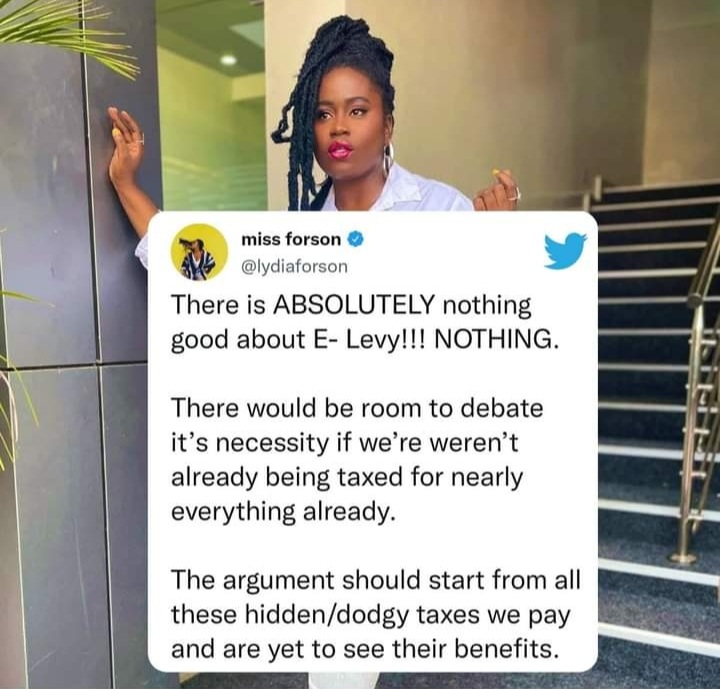