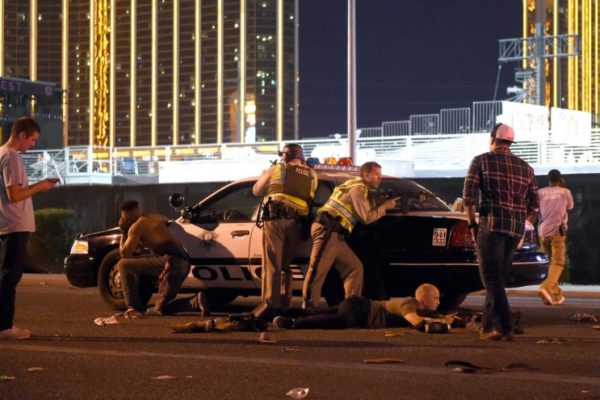 Ghanaians Living in Las Vegas in the United States of America (USA) are living in fear after the latest shooting in the city.

At least 58 people are feared dead and 515 injured when 64-year-old Stephen Paddock, a resident of Mesquite, Navada, fired hundreds of bullets into a music festival crowd from the 32nd floor of the Mandalay Bay Resort and Casino.

Narrating his experience to the Daily Heritage, renowned Ghanaian Fashion designer, Tetteh Plahar, expressed his grief about the incident.

Mr. Plahar, together with seven other Ghanaians, was attending a friend’s party and had checked in at the Mandalay Bay Hotel, where the shooting took place.

According to Mr. Plahar, they do not feel safe living in Las Vergas, saying, “We are so terrified that we couldn’t sleep the whole night.”

He added that, “If you look at the layout of the city, you feel everything is fine. But now if I am walking on the streets I have to be extra-careful and look behind me to see who is coming.”

He said, “We were in our rooms in the Mandalay Bay Hotel, which is directly opposite the place where the shooting happened. When I heard the sound outside, I thought it was fireworks until I saw people running and police vehicles driving to the scene.”

“I was panicking because we didn’t know where he [the gunman] was hiding and what he would do next. We were terrified but things calmed down when the police came around.”

The former designer for the Founder of the National Democratic Party and former First Lady, Nana Konadu Agyeman Rawligns, said “Prior to the shootings, security at the hotel wasn’t tight. No one was checking what one was carrying inside the hotel.

“We can’t say we’re safe now because during our breakfast this morning we were told there was a bomb scare and that we should stay indoors. When you come close to incidents like this, you feel very scared,” he said.

He continued that, “we are checking out of the hotel in the next 30 minutes because we don’t feel safe here.”

Background
A gunman turned a Las Vergas concert into a killing filed Sunday night from his eparch on the 32nd floor of the Mandalay Bay Resort and Casino, using at least 10 guns to rain down a steady stream of fire, murdering at least 58 people and injuring more than 500 others.