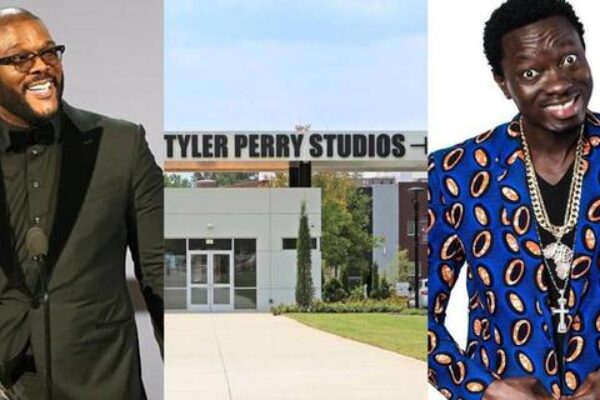 Ghanaian-born American comedian and actor, Michael Blackson has reached out to Hollywood filmmaker, Tyler Perry to build a film studio.

One of the ingredients of successful and developed movie industry is the film studio of international standards that enhances quality movie productions.

He disclosed in a tweet in which he mentioned Tyler Perry to partner him to get this done. “Hey @tylerperry let’s go half on a film studio in Ghana, I’ll get the land and you build the studio,” he tweeted.

Micheal Blackson’s tweet has since gone viral on Twitter as it has generated excitement for Ghanaian and African tweeps who are hopeful this initiative materializes. “Why not? 🇬🇭. Ghana the Center of the world,” a Twitter user, @boakyewaa_n, wrote.

“You guys should do this for us” another Twitter user, @Cobby_Ing_Jnr added with @stoNNy_driLLZ saying that “my respect for this man just increased. Proper year of return advocate @MichaelBlackson @tylerperry”.

The tweet at the time of this publication has crossed 2900 retweets with hundreds of comments.

Hey @tylerperry let’s go half on a film studio in Ghana, I’ll get the land and you build the studio.

bardmandeyyard wrote; “Blackson is always in Ghana. He met a lot of people with power and wealth. If he discussed this project with them and nobody was willing to do this with him, so he has to go back to America to go beg a fellow celebrity for help for us, then that’s a damn shame!

stunna06 wrote; “Studio without product is a sham 😅. These people are not tackling the real problem, Tyler perry will leave all the countries in Africa and build in Ghana, he will think about his investment and returns first. First is the availability of products then studio can enter the chat.”