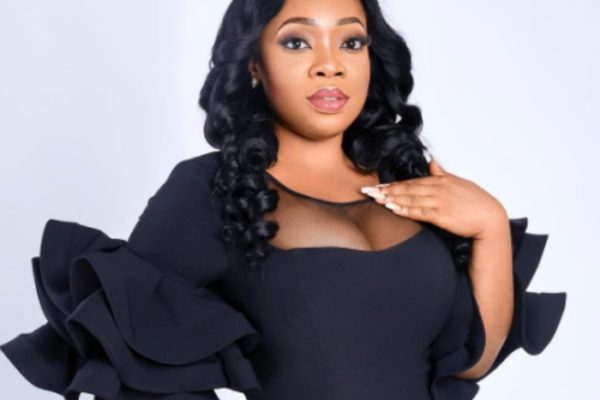 Actress and Photo Model Moesha Boduong, has made her way into examination question set for students of the Ghana Institute Journalism.

In section C of the Journalism questions sighted, instructs GIJ Level 400 students to analyze the interviews granted on Delay’s Show and to CNN’s Christiane Amanpour by Moesha Boduong. 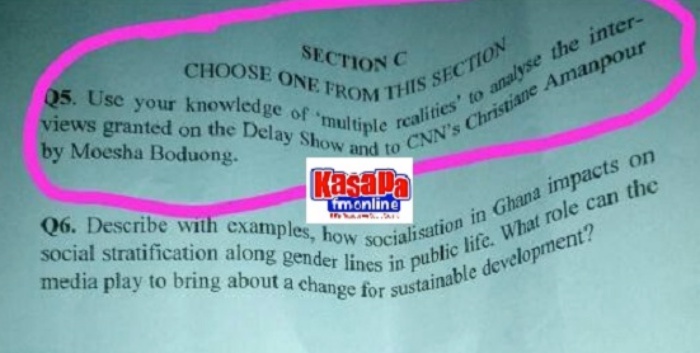 The photo model, recently in an interview with CNN’s Amanpour revealed that the state of Ghana’s economy has pushed her to sleep with a married man in order to survive.

She narrated that she has been having sex with the man primarily to pay for her apartment and other stuff.

“When you want to get an apartment, in Ghana you pay two years in advance and I just started working, where will I get the money. He takes care of me, my financial stuff, my apartment, my car, my rent, everything.” she explained.

According to her, the man in return wants her to stay faithful to her.

“He expects me to be loyal and just to date him only and give him sex when he wants.You can’t say no.You have to give him what he wants otherwise he is going to think you are cheating on him”, she added.

Moesha Boduong was featured on an episode on the CNN show called ‘Sex & Love Around the World’ on the topic “When being a mistress is a financial decision”.

The socialite has apologised to Ghanaians over recent comments on CNN. However, there were chorus of condemnation for her unfortunate claims on the international news platform[CNN] barely 24hrs after the release of that production. Bodoung, after a lot of reflections posted on her instagram page and apologized to all for making such statement which has denigrated Ghanaian women.

She is the Brand Ambassador for a new skin care product, V- Mark Stretch Mark Remover.