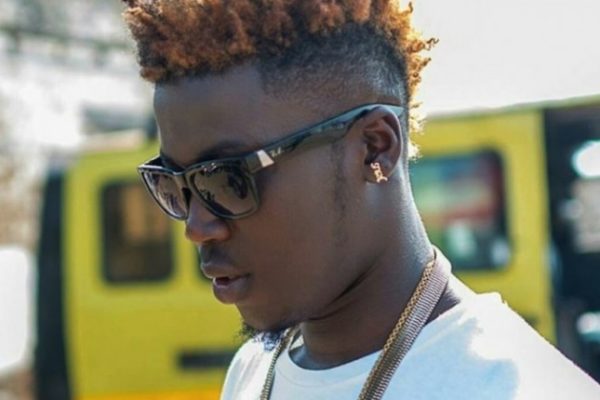 Eugene Ashe, aka Wisa, a Hiplife Artiste’s Attorney has indicated that he will file a submission of no case for his client who is being accused for displaying his penis on stage.

According to the Attorney, Mr. Jerry Avernogbor, the prosecution for the past one year had not been able to present a any substantial prosecution witness to collaborate their case against his client.

Mr Avernogbor made his intention known when Ms Jessica Opare Saforo, Programmes Manager of Citi FM, an Accra based radio station who was the Master of Ceremony for the Concert testified before the court.

Answering questions under cross-examination, Ms Saforo, maintained that she did not see Wisa displaying his penis.

Meanwhile prosecution says it would bring another witness who was out of the jurisdiction when given last opportunity to do so to testify in the case.

Inspector Judith Asante prayed for a long adjournment as the next witness was outside the jurisdiction and would be back by that time.

The court adjourned the matter to February 8. The Court, presided over by Mrs Abena Oppong Adjin-Doku, at the last sitting gave the Prosecution the last opportunity to produce their witness, otherwise the Court would be compelled to close the case.

Wisa, of the Ekikimi fame, is being held for allegedly exposing his penis while performing at the Accra International Conference Centre on December 24, 2015.

He has, however, denied a charge of gross indecent exposure and is on a GH¢8,000.00 bail with one surety.

Prosecution said on December 25, 2015, the Accra Regional Police was alerted over a nude video posted on the Internet from an unknown source, in which Wisa intentionally exposed his penis, while performing live on stage.

According to the prosecutor, Detective Inspector Judith B. Asante said the Police contacted the managers of Ashe to produce him at the Regional Police Headquarters for investigations, which they did.

The prosecution said investigations into the matter disclosed that on December 24, Airtel Communications Company and Citi FM, an Accra-based radio station, organised an event dubbed: “December to Remember,” which included the accused as a guest artiste.

In the course of the show, the accused, while dancing with a female dancer identified as Monica Kumadeh, suddenly removed his penis out of his pair of jeans and began to caress the buttocks of the dancer. 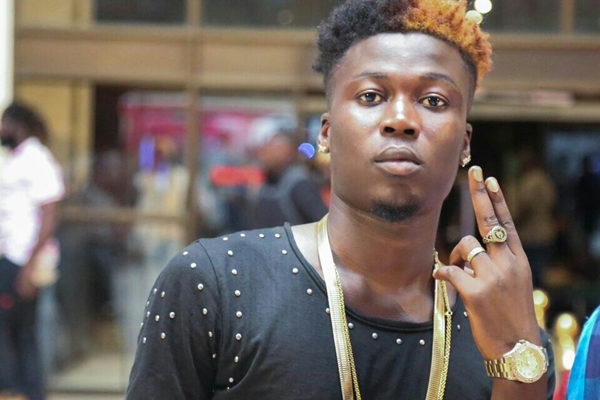 Hiplife artiste Wisa is expected to appear in court today [Wednesday] for publicly exposing his genitals to a live audience.

Wisa Greid was granted bail over the weekend after he was arrested by the police for exposing his genitals on stage at Citi FM’s Christmas Eve concert, Decemba 2 Remember, at the Accra International Conference Center.

Born Eugene Ashie, Wisa, known for his hit song ‘Ekiki Me’, has been charged with gross indecency. Social media platforms are awash with videos of Wisa stripping and rubbing his manhood behind his female dancer on stage.

That stage was the biggest ever the young artiste has had to hone his talent. Hours after the bizarre incident, the up-and-coming musician apologized to Ghanaians describing his act as “rash and irresponsible.”

Wisa said he was ready to avail himself for any sanction from the Musicians Union of Ghana (MUSIGA) which also condemned the act. This was after the organizers of the event, Citi FM, fervently condemned the act and called it “despicable and insane.”

In what appears like a desperate move to clear his image, Wisa suddenly recorded a song of apology to Ghanaians.

Regardless of his seeming remorseful posture, the harsh criticisms have continued, with the police now taking over the matter. Such incidents of indecent exposure have occurred a few times involving other Ghanaian musicians.

Controversial musician Kubolor shocked Ghanaians when he showed his penis on TV during an interview. In the case of Kubolor, he justified the act and vowed to do it again when given the opportunity.

Songstress Raquel also appeared on stage at an event at the Accra International Conference Centre allegedly without panties. Images believed to be that of her soon went viral.

The artist has been trending since he pulled out his penis on stage during his performance on Thursday night.

The apologetic statement was posted on Wisa’s Facebook page:

I fully understand the outrage that will greet this statement. And I want to begin by saying I am really, truly sorry.

In the early hours of Friday, December 25, I performed at the December 2 Remember Concert, organized by Citi FM. It was really my first big career live stage performance and the crowd had been amazing in the way they received me.

Then, I did something disappointing. I showed my genitals while performing. I cannot explain this rash and irresponsible behaviour, but I have been trained to acknowledge my fault and be responsible for my actions. That is why I want to accept every bit of criticism that has come my way in the ensuing hours.

I have disappointed myself, my family, my hard-working management team, Citi FM and the audience, who paid hard-earned money to be entertained but instead went away feeling anything but entertained.

Most importantly, I disappointed my God. I am exceedingly sorry for what I have done. I acknowledge the statement issued earlier from the Office of Hiplife and Hiphop at the Musician Union of Ghana and will avail myself to all planned disciplinary actions in the coming week.

There are no words to describe how I feel about what I did. I hope the public as a whole and all industry stakeholders will find a place in their hearts to forgive me.

Thank you very much.