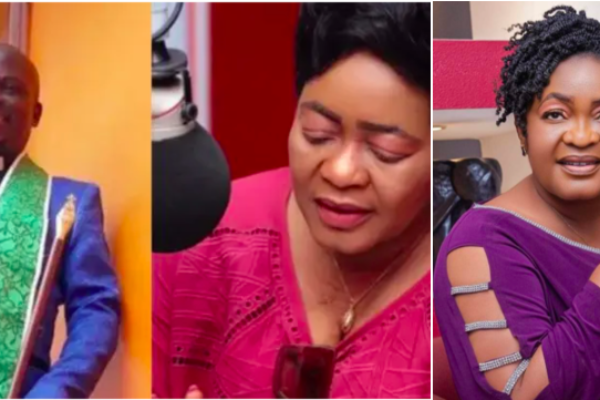 In her church-going adventure, popular Ghanaian actress Christiana Awuni revealed some frightening facts. She claims the late Prophet Apraku cheated her, and other men of God desired sex with her.

Christiana Awuni revealed this to Zion Felix. She argued that ceasing to worship in a religious facility had not harmed her relationship with God.

It doesn’t imply I don’t know God. When I enter my chamber, I kneel and pray to God. He responds. God abounds. Even God is here.”

The actress described an incident that led her to stop attending church.

“We met Prophet Apraku at Trade Fair. Apraku blew my money. He asked everyone to bring cash. Even if it’s in the bank, take it to church. He will double our money. Despite my poverty, I went to the bank and donated all my money to Apraku. He requested us to bag it. And a black polythene bag signifies Satan’s feces. Any hue he wants.”

That was the last they saw of it, says Christian. Then he requested us to close our eyes and pray. He stated he would pray for the money, but it never came… It seemed like our brains were malfunctioning at the time. It stung me. “I went through a lot,” she concluded.