Popular, American singer Chris Brown has been sued for allegedly raping a woman in a yacht.⁣
⁣
According to TMZ, the suit was filed by a choreographer, dancer, and musician identified only as Jane Doe.⁣
She is suing the music star for $20M, this is according to her lawyer.⁣

Doe in the suit claimed that she and Brown were on a yacht in the area and that Brown offered her a drink.⁣

According to the suit, Doe felt “a sudden, unexplained change in consciousness” after Brown filled her cup a second time.⁣

⁣The music star then walked her to the bedroom, undressed her and raped her.⁣

⁣She alleged that the singer sent her message the following morning and demanded she took Plan B.⁣

The much awaited music video for DJ Khaled’s hits, ‘Do You Mind’ has now been released.

The video features a long list of the heavyweights present in the single, a typical DJ Khaled all star cast including Nicki Minaj, Chris Brown, August Alsina, Jeremih, Future, Jeremih and Rick Ross.

Chris Brown has been arrested on suspicion of assault with a deadly weapon after an hours-long standoff with the LAPD at his home, Lieutenant Chris Ramirez confirmed in a press conference.

The standoff between Chris Brown and the LAPD continues.

The singer’s lawyer, Mark Geragos, is at his client’s home where police have been outside since 3 a.m. PST, according to TMZ. The site says that Brown’s entourage is starting to file out of the house as police search each person. Breezy walked out of the home at approximately 2:30 p.m., but has not been arrested.

The Los Angeles Times says that police had obtained a warrant and had begun searching the home.

The woman who called the police on Chris Brown for reportedly pulling a gun on her has been identified by TMZ.

The news site says the woman is beauty pageant winner Baylee Curran. She says she was hanging out with Breezy and his crew at his house when someone in his entourage was showing off a piece of jewelry.

She says when she approached to admire the jewelry, the man freaked out and Brown had a similar reaction. That’s when he allegedly pulled out the gun and threatened her to get out of his house. Curran says that Brown was seemingly under the influence of drugs or alcohol as she has spent time with Brown before and he usually was very nice.

When Curran and her friend tried to leave after he allegedly pulled a gun on her, Brown’s crew tried to keep her phone from her and make her sign a non-disclosure agreement. They refused and left, which is when she called the police.

Ray J, who was reportedly at the home at the time of the incident, has responded to the scene on Instagram.

“I’m real upset about today,” Ray J says in the clip. “I’m not happy with how things are handled and how people can take a false story and blow it up into something way more than what it should be. We’ve got just positive people around and you look outside and it’s like a war zone for no reason. For somebody what some stranger said about something that don’t got nothing to do with nothing. To react like that so fast without really knowing the facts and knowing what’s up ain’t cool. Shit’s not right. It shouldn’t be like this. I support the homie Chris and I support the whole movement. I’m here. Again, man, shit gotta change. It can’t be like this every time somebody yipping and yapping trying to get an extra buck. It turns around and it’s all bad on us.”

Chris Brown is in an ongoing confrontation with the police, according to TMZ and the Los Angeles Times.

The latest development from TMZ is that Breezy threw a duffle bag out a window. The bag, which reportedly contained a gun, other weapons and drugs, was reportedly retrieved by police.

The police arrived at the singer’s home at about 3 a.m. PST when a woman called 911 claiming that he threatened her with a gun. A source told TMZ that Brown had been asleep the whole time.

He took to Instagram to say he woke up to police outside his home and shared his side of the story while police waited outside.

“I ain’t did shit. I ain’t gonna do shit. And it’s always gonna be fuck the police. Black lives matter, nigga,” he says in one post. “I don’t care. Y’all gonna stop playing with me like I’m the villain out here. Like I’m going crazy. I’m not. You guys got me fucked up, though. Good luck. When you get the warrant or whatever you need to do, you can walk right up in here and you’re gonna see nothing. You idiots. I’m tired of fucking dealing with you all. Y’all are the worst gang in the world. The police and I said it. Fuck you.”

Breezy didn’t let the officers into the home and demanded a warrant. The police were in the process of obtaining a warrant at the time of publication. The case has now been taken over by the LAPD’s Robbery Homicide Division because of its high-profile nature.

Brown’s friend, singer Ray J was reportedly in the house at the time the police showed up. When he left, he was briefly taken into custody, but allowed to Uber home while his BMW was taken as evidence.

The Starboy Singer who joined Breezy on his One Hell of A Night tour performed at the 17,000 capacity Ziggo Dome arena, on Saturday night.

Wizkid put up an electrifying performance with an African touch and the crowd even crazy when Chris Brown joined him on stage to perform their new collabo ‘African Bad Girl’.

The Ojuelegba hitmaker joined Chris Brown on the ‘One Hell of a Night Tour’ tour which kicked off few days ago and will come to an end in August.

Wizkid will be on the road with Chris Brown for 2 more performances in Germany (Munich and Oberhausen) and Holland (Amsterdam).

Watch videos of their performance below: 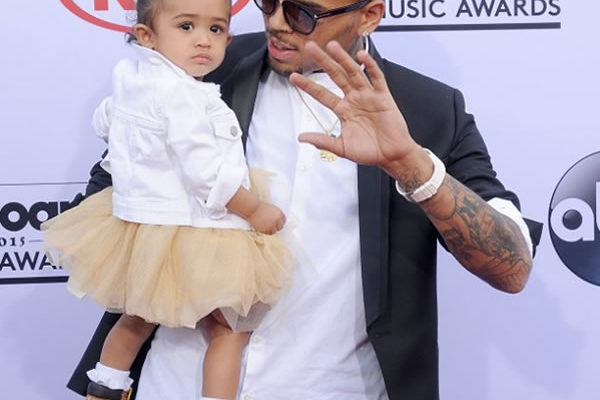 Chris Brown is beefing up his security force and putting his entourage, dancers, and crew on notice — NO screw-ups on tour … or else. Sources close to Chris tell us he’s hired 5 new bodyguards to shadow him during his “One Hell of a Nite” tour.

According to TMZ Chris is fighting for joint custody of Royalty and fears Nia Guzman will use any missteps against him when they meet in court in 2 weeks. We’re told Chris wants to make sure there are no more robberies or violent incidents.

He’s so serious about keeping things clean, he’s told his dancers and entourage they’ll be sent home if anyone acts out.