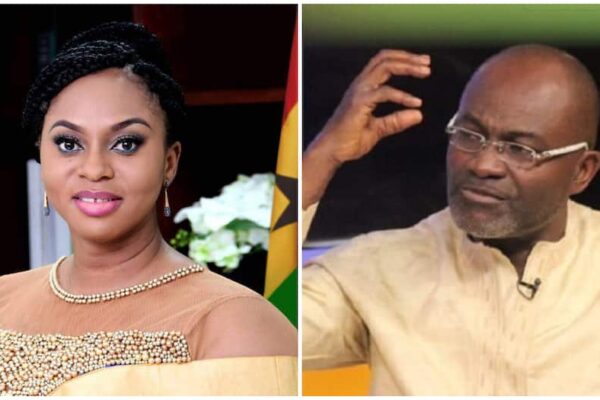 Outspoken lawmaker Kennedy Agyapong has claimed Chief of Staff Frema Osei Opare gave him GHC120,000 to deposit in the bank account of Dome-Kwabenya MP Adwoa Safo following her demands on the party.

“I have vowed not to insult like I will blast her today. Adwoa Safo, Chief of Staff called me, I went there and [she] said now this is what she is saying, I swear [on] my mother’s grave, Chief of Staff gave me GHC120,000 to deposit in Adwoa Safo’s bank account.

Mr Agyapong had raised issues against the conduct of Sarah Adwoa Safo.

He said that the Minister of Gender, Children and Social Protection has failed in life for requesting that she should be made a Deputy Majority Leader in Parliament.

He wondered why a cabinet minister will now want to occupy a position that is below the rank of a Minister.