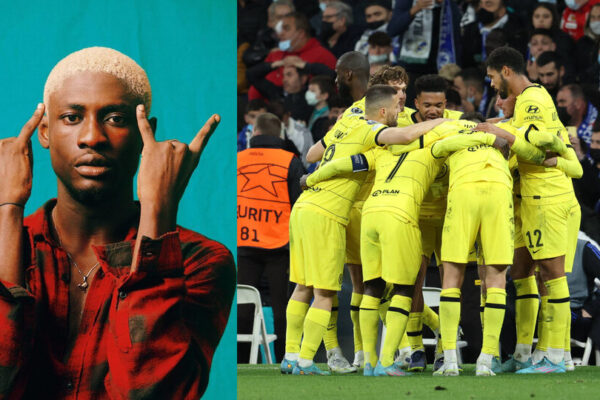 The Ghanaian rapper/singer of popular Ghanaian hip-hop group La Meme Gang, Joseph Pharez Essuman Mensah, better known as RJZ, who is a staunch fan of Manchester United, has made a wish and his wish is that he could just write a book to talk about how he hates Chelsea football club.

His comment came right after the Tuchel side managed to send Real Madrid to extra time after being down by 3 goals to one in the first leg of the quarter-finals at Stamford Bridge.

Mason Mount stroked in a finish past Courtois to give Chelsea a 1-0 lead in the second leg. The west Londoners also kept Real at bay, with Los Blancos failing to register a shot on target in the first half of a Champions League game for the first time since Opta began collecting statistics.

After the break, Antonio Rudiger leveled the scores on aggregate by heading home a corner, then Timo Werner put the Blues ahead on aggregate with a brilliant solo run only minutes after Alonso’s goal was disallowed.

Luka Modric’s magnificent outside-of-the-boot ball set up Rodrygo for a close-range equalizer, and although both sides created opportunities, it was Benzema’s header five minutes into extra time that separated the two clubs contending for the title.