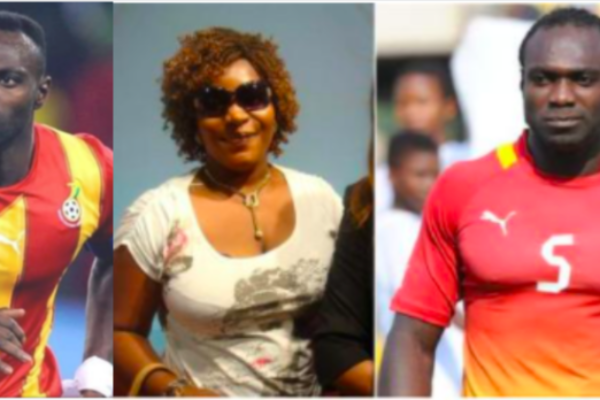 Eight years after going their separate ways following a legal divorce procedure by the Accra High Court, Henrietta, John Mensah’s ex-wife, has spoken out about their marriage and its repercussions.

Henrietta accused the former Black Stars defender of cheating in an interview with Kasapa FM. She stated she was fighting for her and her four children’s rights, not for John Mensah’s.

Henrietta said she learned about John Mensah’s relationships with other women through ladies who visited her.

John Mensah, she said, had neglected to care for his children since their divorce eight years ago.

She said that when she moved to America due to an accident, John Mensah refused to look after the kids.

During their 14-year marriage, she claimed John Mensah mistreated and attacked her.

John Mensah, she claims, has disregarded court orders and is renting out properties that were intended to be handed to her.

“I went through a lot of domestic violence at the hands of John Mensah. John Mensah has a bad temper and slaps and bruises me without provocation. I recall getting eye bruises when he played in Italy.

“I still get eye aches. I was abused in France, London, and even Ghana. When I went to the East Legon Police Station to report him for punching me, they said it was a family problem, Henrietta said angrily.

“He hasn’t seen the kids since we split eight years ago, he merely gave us a year’s worth Due to an accident in Ghana, I needed surgery in the US. I couldn’t leave the kids with John Mensah since he had married a pregnant woman and he refused to look after them.

“One of the kids was misbehaving, so I brought him to Ghana and asked John to look after him, but he told us he wouldn’t.