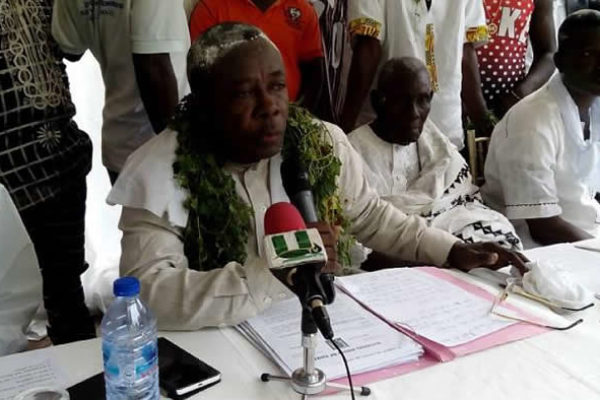 Father of Ghanaian Dancehall artiste, Shatta Wale has taken a new royal position which contains an actual stool, not the imaginary one of his son.

Mr. Charles Akramah Mensah has been enstooled as the chief of Ngleshie Amanfro under the stool name; Nii Akramah Nyonmo Bei II. Mr. Mensah took the position after the death of a previous chief.

Shatta Wale took to Facebook to congratulate his father.

It is a Community mainly inhabited by the Gas who happens to be the Custodian of the land. Ngleshie Amanfro originated from the Ajumaku division of James Town in the 1700s.

The Community was resettled at its current location in 1978 by the government of Ghana as a result of the creation of the Weija Lake.