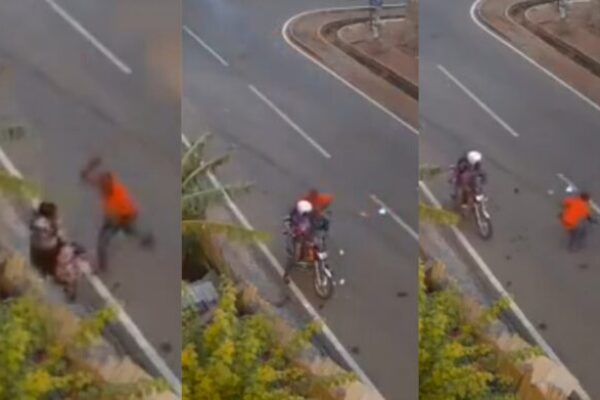 A woman was robbed in broad daylight at the Adenta SSNIT flat in Accra on Saturday.

When she tried to resist them, one of the men who was in a red shirt started beating her and dragging her on the floor until she gave up her belongings.

It was reported that these robbery attacks often happen during the day in the neighbourhood.

More information about the state of the victim will be announced soon.