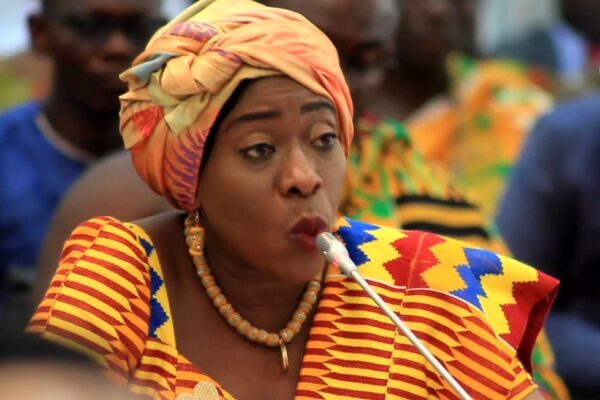 Per a report by myrepubliconline.com, the Auditor-General’s report for the year ended 31st December 2020 has exposed financial malfeasance at the Ministry of Tourism, Arts and Culture.

In contravention of Section 7 of the Public Financial Management Act, 2016 (Act 921), report revealed that funds meant for the Marine Drive project amounting to GH¢387,196.00 was misapplied for the celebrations of AFRIMA, Kundum Festival and other activities.

According to the report, an amount of GH¢100,000.00 was released by the then Minister to Palm Media Ghana Ltd for the launch of AFRIMA 2018.

Meanwhile in 2018, the Minister of Tourism, Arts and Culture, Catherine Afeku an interview on Hitz Fm disclosed that Government is supporting the All Africa Music Awards [AFRIMA] with $4.5 million for three years but for 201, government is spending $700,000.

Her reason for signing the AFRIMA deal was to boost tourism.

Another infractions uncovered by the Auditor-General’s report was payment of additional expenditure of GH¢73,000.00 for Hon. Minister’s trip to the Volta region, accountable imprest amounting to GH¢13,296.00 for Hon. Minister to travel to the Western Region, GH¢900.00 allowance paid for bid opening panel for procurement of vehicle and the release of GH¢200,000.00 to support Kundum Festival. 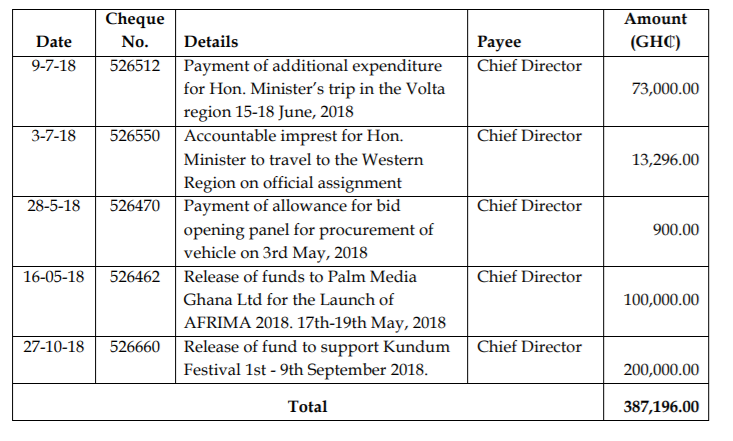 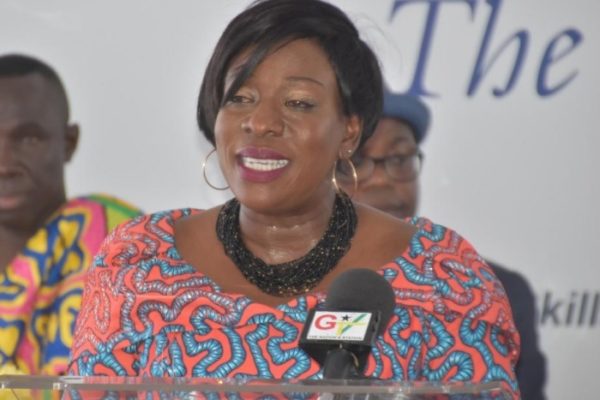 Speaking at the forecourt of the Accra International Conference Centre (AICC), where the seventh Secretary-General of the United Nations has been laid-in-state, Mrs Afeku described him as a “consummate diplomat and an honourable person who will forever remain in history…”

She further said, he was an illustrious son who cared for world peace.

“He was a true African. His behaviour meant he was a consummate diplomat. We have lost an illustrious son. He is an honourable person and it will remain history that we buried an illustrious son in the continent…”

Asked if his demise will cause an effect in the tourism industry, Madam Afeku answered in the affirmative insisting that people will travel from all over the world to see the global icon’s final resting place.

“He has made his name. People will come to Ghana to look at his tomb. These are the things that will enhance and boost the transportation of our export…” she said.

The second day of the final funeral rites for Kofi Atta Annan, former Secretary-General has commenced at the Accra International Conference Centre today.

Members of the traditional council, Chiefs and Queen mothers, the Akwamuhene and his delegation including that of Asantehene Otumfuo Osei Tutu II will also past Mr Annan’s remains.