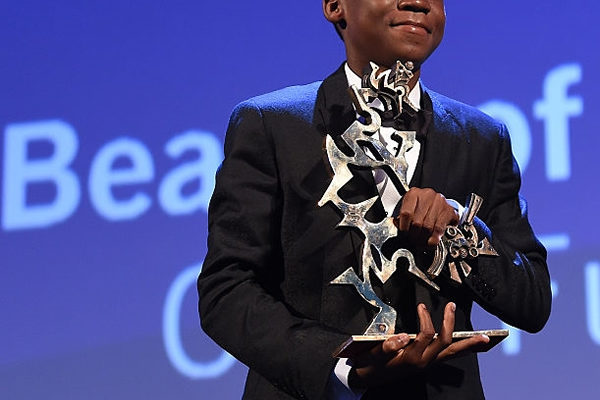 Attah Abraham won the award for his lead performance in a movie alongside Idris Elba.

Attah Abraham who is said to be without any acting background was picked from the streets of Ghana during the shooting of Netflix’s soon to be released movie “Beasts of No Nation.”

According the Director of the movie, Cary Fukunaga, Atta Abraham was randomly selected on the streets.

Abraham Attah plays an 11-year-old child soldier in the film. Abraham’s character joins a militant group from an unnamed West African country that is led by a brutal warlord, played by Idris Elba (“Luther”)”.