VRMG Leader, Edem finally releases the much anticipated visuals for the Remix of his smash hit Hip Hop single, “Egboame”.

He recruits fast rising young rappers like Medikal, TeePhlow, Bebelino, Mac M, Ayat, Darko and Cabum. The video was by directed by Pascal Aka and the song was produced by Magnum.

Checkout the video and the diverse Rap styles: 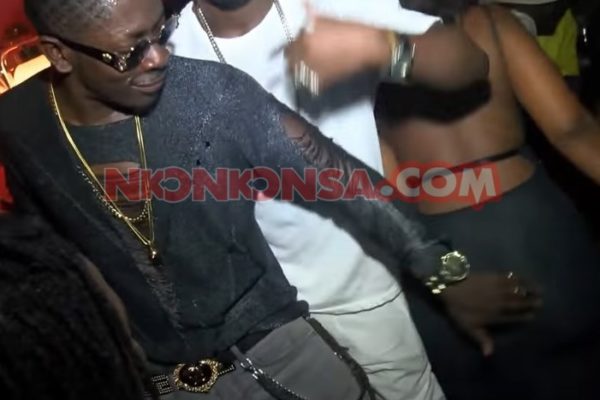 Several stars have taken over the Ashanti regional capital Kumasi this weekend.

In the video below Rapper Guru, Shatta Wale and Yaa Pono are seen partying hard as the DJ drops their respective songs.

Dancehall artist Shatta Wale, who was obviously in a party mood, is seen spanking a lady’s butts a number of times inside the club.

Watch the stars partying hard in the video below: