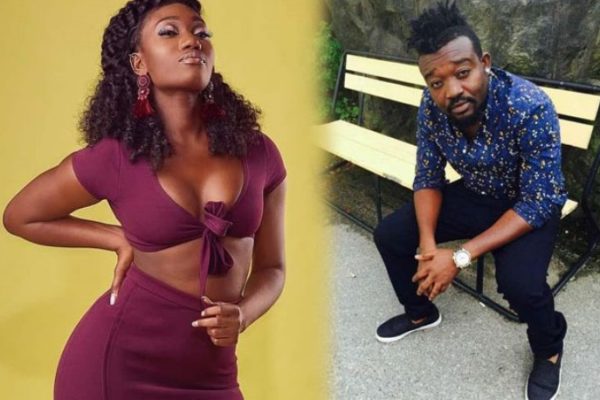 Reports over the weekend alleged Wendy Shay has been caught in bed with manager, Bullet, aka Ricky Nana Agyeman, by his ex-lover.

An audio tape which was widely circulated on social media yesterday captured voices of the persons being alleged to be Wendy Shay, Bullet and the ex-manager girlfriend engaging in an altercation.

The ex girl who caught them was furious and seemed like she was attacking the other lady, who is alleged to be the ‘Bedroom Commando’ crooner.

In the audio, the angry girlfriend could clearly be heard asking, “Nana Agyeman you sleep naked…you are going to beat me for the third time. You are disappointing me you sleep with Bullet… I came here to surprise you and this is what you do.”

The alleged Wendy Shay is heard defending herself, explaining that she was just sleeping.  The girlfriend went on to ask her if she now sleeps naked in men’s room.

The alleged Bullet was also heard shouting, warning his girlfriend to stop behaving like an old woman.

The woman also alleged that Bullet did same with Ebony. She caught them and Bullet apologised and promised not to do that again.

The sex allegation claims come days after the release of Wendy Shay’s ‘Psalm 35’ single. She was born Wendy Addo and is a Ghanaian Afro-pop and Afrobeat singer who hails from the Eastern Region of Ghana, but resides in Stuttgart.