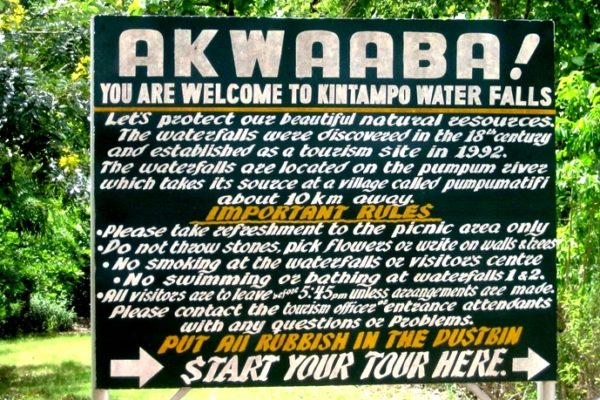 The Kintampo Waterfalls, the tourist facility at Kintampo in the Brong Ahafo Region, has been closed down indefinitely following the  incident there last Sunday which claimed the lives of 19 revellers.

The acting Brong Ahafo Regional Police Public Relations Officer, Sergeant Sampson Gbande, confirmed to the Daily Graphic that the Kintampo Municipal Security Council took the action in the wake of the incident.

A resident of Kintampo also confirmed to the Daily Graphic that security men were currently guarding the facility to prevent people from visiting the tourist site.

A light rainfall, which was accompanied by strong winds, thunder and lightning, uprooted trees which crushed the revellers, mostly students from the Wenchi Methodist Senior High School, to death.

When the Minister of Tourism, Culture and Creative Arts visited the facility a day after the incident, she announced that a safety audit exercise would be conducted at all the tourist facilities in the country to forestall the future occurrence of such an incident.

When the Vice-President, Alhaji Dr Mahamudu Bawumia, and his entourage visited the facility last Monday, visitors were prevented from reaching the pool site of the waterfalls where the incident occurred.

Dr Bawumia was accompanied by the Brong-Ahafo Regional Minister, Mr Kwaku Asomah-Cheremeh; the Minister of National Security, Mr. Albert Kan-Dapaah, and the Minister of the Interior, Mr. Ambrose Dery.

Dr Bawumia announced during visits to some bereaved families that the government would support them in the organisation of the burial and funeral rites of the deceased, in addition to taking care of the cost of treatment of the injured.

The Kintampo Waterfalls are one of the highest waterfalls in the country and were known as Sanders Falls during the colonial days.

They are located on the Pumpum River, a tributary of the Black Volta, about four kilometres north of Kintampo on the Kumasi-Tamale highway.