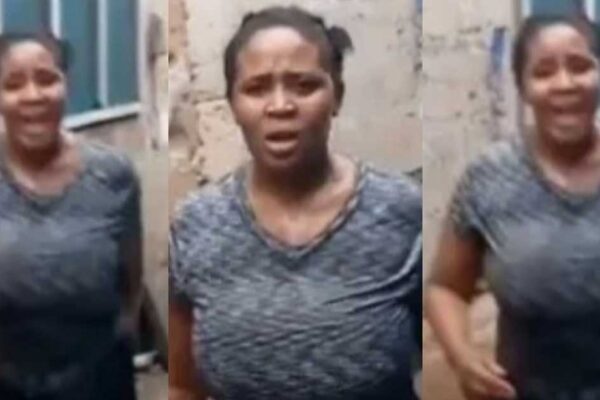 A lady lost her cool completely after her boyfriend he has been dating for 10 good years decided to end their relationship.

The lady who could not hold her anger vowed never to leave the house for another woman to come to enjoy her hard labour after her boyfriend packed her belongings outside his house.

According to Jennifer, she has been living with the man as husband and wife for the past ten years, cooking, washing and opening her legs for him in the morning, afternoon and night.

“he sleeps with me in the morning, afternoon and evening for ten good years and now he is telling me to go back to my mother, I won’t leave,” said, Jennifer

When asked why she was being sacked from the house, Jennifer, in tears, said she caught the husband cheating with a slim and curvy lady whom he has plans of getting married to.