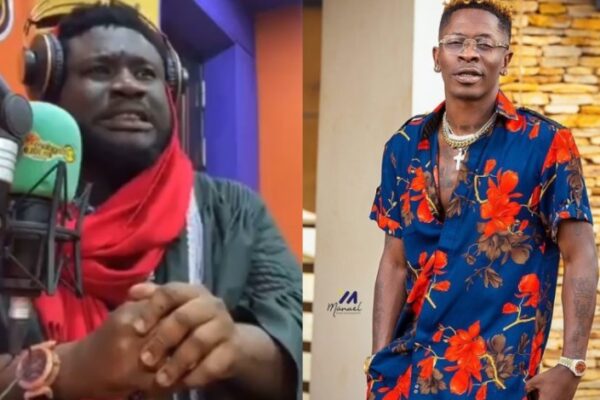 The General Overse er of the Universal Spiritual Outreach Society, Prophet Kwabena Boakye Asiamah, popularly known as Ajagurajah, has waded into the Shatta Wale and Medikal incident that caused their arrest.

Sharing his honest view on the issue, Ajagurajah stated that whoever is serving as the spiritual father of dancehall artiste Shatta Wale is spiritually powerful.

The controversial man of God told Kwasi Aboagye on Okay FM that he was very thrilled when he witnessed Wale and Medikal go through the traditional African ceremony, adding that the spiritual father of the two singers is doing a fantastic job.

He claims that the cleansing would fend off all of the evil and bad luck connected with incarceration, and he thanks their spiritual father for his wise advice, which led to the two musicians going to the beach immediately after their release from prison. 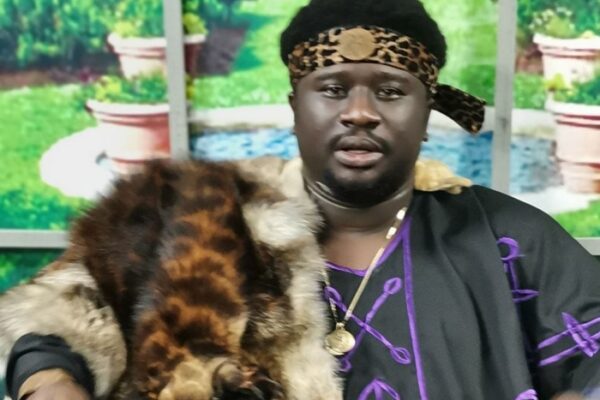 Ghanaian spiritualist and founder of Universal Spiritual Outreach, Bishop Kwaben Boakye Asiamah popularly known as Ajagurah has cautioned women over the practice of removing their panties themselves before sekz.

Bishop Ajagurah advised ladies who remove their ‘dross’ before bedroom action to stop as that practice will block their progress in life.

Thus, Bishop Ajagurajah who is well-known for revealing mystic masteries has once again given a tip-off to ladies on how to live to prosper in life in reference to their relationship voyages.