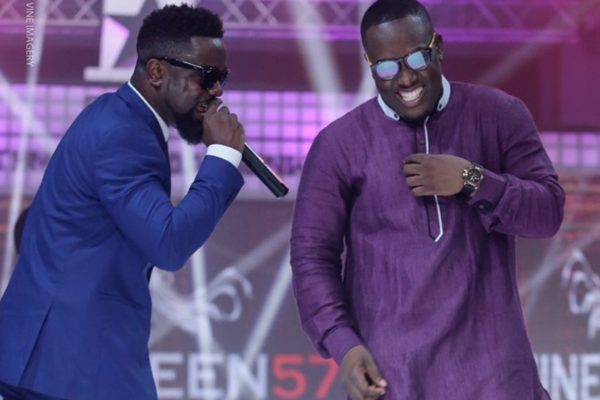 Broadcaster/Fashion Designer Kofi Okyere Darko popularly known as KOD had some male celebrities model in his fashion brand NINETEEN57 BY KOD at the just ended ‘Rhythms On The Runway’ 2017 fashion show.

Watch the male celebs doing their thing on the runway:
Check out performances by Sarkodie, Akwaboah and Bisa Kdei: 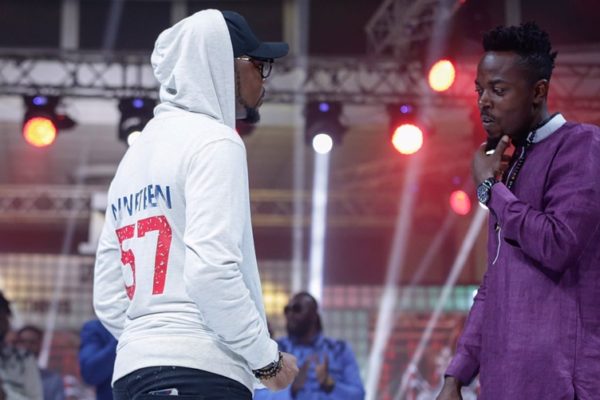 Several celebrities hit the runway at ‘Rhythms On The Runway’ 2017 fashion show over the weekend.

The well produced event which gave a nice blend of music and fashion took place at the Banquet Hall, State House on Saturday April 1, 2017.

The event hosted by Nathanial Attoh and Vimbai Mutinhiri from Zimbabwe, was put together by Fashion Designer/Broadcaster – Kofi Okyere Darko (KOD).

‘Rhythms On The Runway’ was part of the activities to mark the year long Ghana at 60 Independence anniversary. See more photos below: Actor Majid Michel has spotted out with his heavily pregnant wife Virna.

The “Agony of Christ” actor and wife was spotted at the office of Eurostar Limousine Group Limited office on Thursday evening June 9 in Accra during the prizes presentation event for VGMA 2016 RED CARPET BEST DRESSED CELEBS.

The couple who have been married for more than 10 years now already have two kids (A boy and girl) and they expecting their third child.

Majid has starred in so many movies and as well has won awards upon awards. Majid Michel is one of Ghana’s favourite actor of our time.

His wife, Virna is not also new to Ghanaians. She’s in that popular Gino advert alongside Benny Blanco. 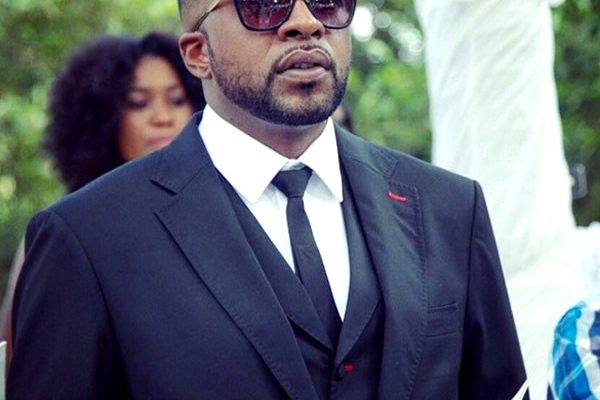 According to Ameyawdebrah.com, Benny Blanco has resigned from TV3. Benny, who was a host on the station’s morning show, New Day reportedly resigned Friday morning November 27.

His resignation comes on the heels of the resignation of former co-host, Nana Aba Anamoah, though there is not clear link between the two instances.

It is not clear where Benny is heading to yet.

TV Presenter Nana Aba Anamoah who has been trending for some time now has laid her late father Mr. Anamoah to rest.

The former TV3 host, Nana Ama Anamoah and her family began the final burial rites for her late father with a service at the Christ the King Catholic Church on Saturday morning November 14, 2015.

Former President Jerry John Rawlings and Nana Aba’s former co-hosts of the New Day, Sandra Ankobiah, Benny Blanco,Ama K Abebrese, Martin Asiedu-Dartey and many others are among the familiar faces spotted at the burial service.

Father Cambel was also pictured with Nana Aba Anamoah and some family members. 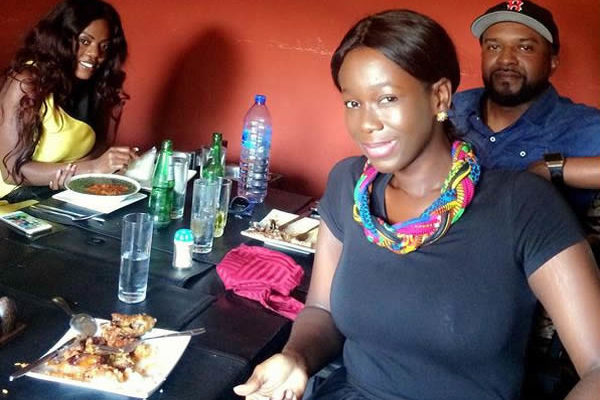 Nana Aba Anamoah has been trending for almost two weeks now over an alleged social media photo theft which has led to her suspension from her on air duties at TV3.

One would think that after all the hullabaloo Nana Aba would perhaps be locked up at home thinking about her next move but No! Nana Aba has been spotted having lunch this afternoon with her co-hosts on TV3’s “New Day breakfast show- Actress Ama K. Abebrese and Benny Blanco.

Actress Ama K. Abebrese shared this picture of Instagram with the caption;

“With my faves @bblancogh and the one and only #NanaAbaAnamoah ✨🙌🏾 #lunch”

Nana Aba Anamoah seems to be cooling off and enjoying her indefinite suspension period to the max.