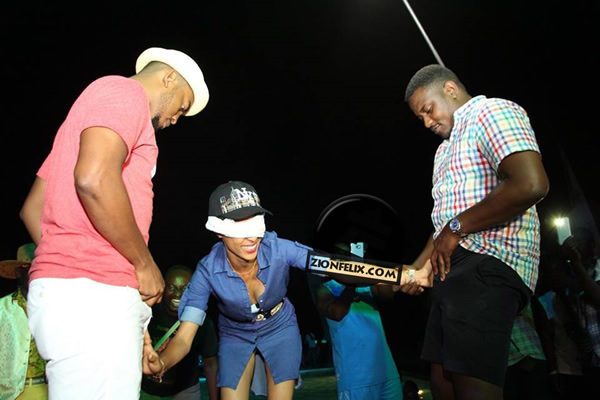 The stars met over the weekend at the Western regional capital Takoradi for a celebrity fun time with their fans and they ended up having fun with themselves.

According to Zionfelix the event which was supported by EIB’s Empire FM had celebrities like John Dumelo, D-Black, James Gardiner, Benedicta Gafa, Nikki Samonas and others in attendance. As part of the fun games, actress Nikki Samonas was blindfolded and was asked to identify her colleague actors John Dumelo and James Gardiner.

In the process of identifying them, Nikki couldn’t hold any part of their body part from their private parts. The actress and model has been captured playing with the balls of the two actors who appeared to be enjoying Nikki’s touch.