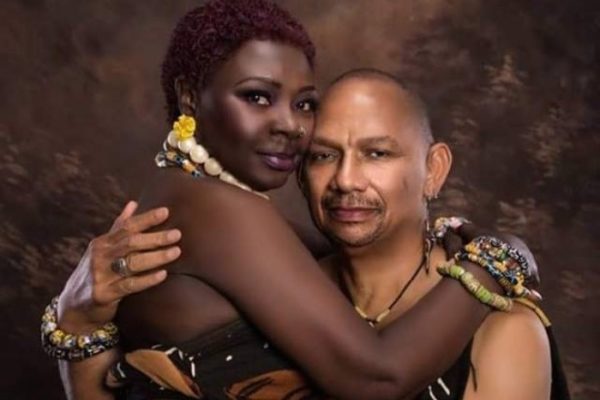 Following the backlash he received after posting a semi nude photo of himself and his wife hugging on social media yesterday, October 20, renowned Highlife musician, Ben Brako, who turned 66 today (21:10:2018), has explained his action.

Those of you who were still nursing the thought that the picture trending on social media is not real but a social media trick, forget it, because it is very real and yes Ben Brako shared it himself.

According to the Baya hitmaker, he posted the picture as a result of a sequence of events.

Justifying the sharing of the picture, Ben Brako took to his Facebook page saying: 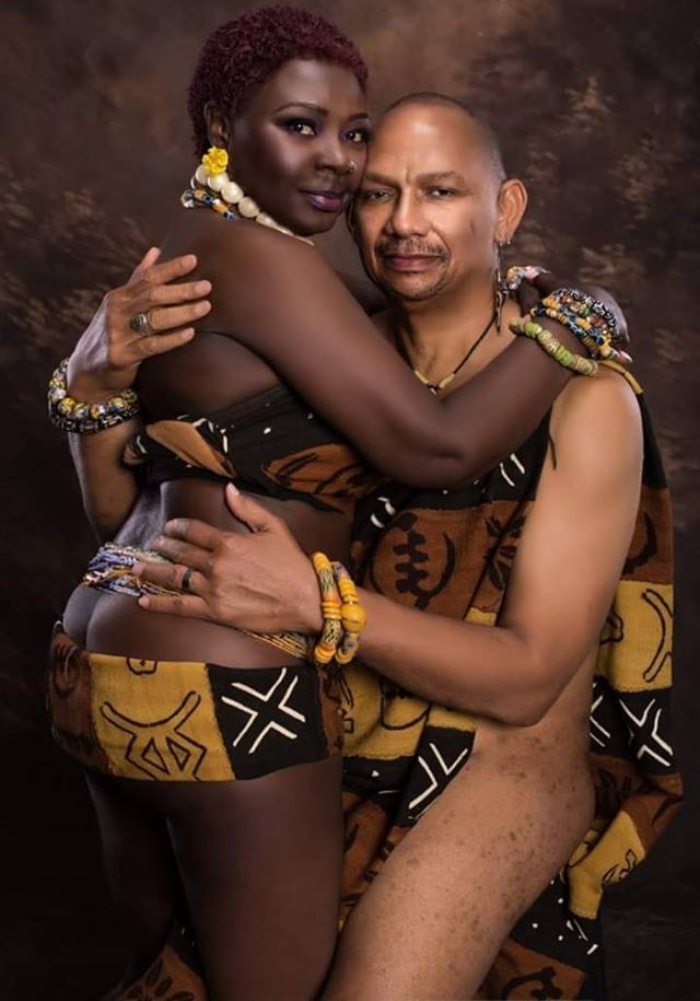 “Seems some people have not followed the sequence of events that led to me posting a picture of me and my wife in an intimate pose.

“First I posted a beautiful picture of my wife in a classy traditional pose. Somebody suggested that I was like exploiting the feminism of my wife, and that I should post a shot of myself in a similar setting.

“I obliged only because I wanted it known that I’m comfortable in myself to project images that reflect my heritage in a tasty setting.

“Let me be clear. In an era where we’re so mixed up in our mentality that we accept English as our national language, where our national anthem is an English song with English lyrics, where our people are obliged to dress like foreigners to work and play, it is important that someone stands up to declare that our heritage and culture have an important place in our national discourse and should have the pride of place in our lives.

“This I’m doing in my own unobtrusive way which I’m very comfortable with. If even one young person gets inspired by this it would have been worthwhile.

“I have always loved natural poses a la Baya album photo. I as an African man of Ghanaian descent am portraying myself in a way I’m comfortable and happy with. If you are not happy with that, fine. Don’t go take a flying jump, but if you did I would not stop you”.

On Saturday, October 20, 2018, the Highlife legend posted a photo of himself and his wife in barely there ‘outfits’ teamed with beads on social media.

In the picture, they are seen hugging with one of Ben Brako’s hands resting on her almost naked backside and the other cuddling her back while his wife has her hands on his shoulders.

The photo instantly attracted several reactions from social media users. While some people were surprised such a picture bordering on nudity could come from the musician, others were just plainly upset and couldn’t help taking a swipe at the musician.

They did not think the 66-year-old musician should put a picture of his wife and himself with pieces of cloth barely covering their nether regions in the public domain.

Although the photo has since been deleted, it was captioned: “To Kofi Nyaako, and others who only see this as titillation and nakedness instead of the beauty, artistry and African high culture that it truly represents, this is for you as well.”