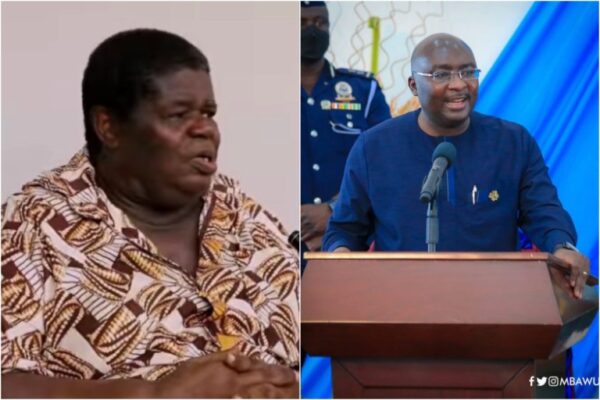 Veteran actor, Psalm Adjeteyfio has bitterly cried out over about the difficult times he is living now because of lack of money.

In a leaked voice-note purported to be the voice of Psalm Adjeteyfio sent to former TV3 Presenter, MzGee, he lamented that all those who were donating to him and supporting him financially have withdrawn after reports that Vice President Dr Bawumia gifted him GHC50,000 went rife on the internet.

According to the [‘Taxi Driver’ star, he has since invested the money Dr. Mahamudu Bawumia sent to him through his aide Dr. Gideon Boako.

He added, all those who wanted to help decided not to do so again after they heard of the GH¢50,000 cash donation from the Vice President.

“MzGee good afternoon, I’m wondering if you would have some leftovers in your kitchen to spare. [The] reason is, people who use to help have all withdrawn their help when they heard that the Vice President had given me the money. But you would agree with me that [with] such monies, you need to invest wisely and that is what I have done and when you make investments too, it will take time before you begin enjoying it,” the Taxi Driver TV series actor explained.

“Right now, the situation has created a lot of problems for me; you know, a lot of people used to help me a lot but now everybody…I even understood that some people contributed some money in States to be sent to me; the moment they heard [that the Vice President had given me the money] everybody went for his money,” Psalm Adjeteyfio added.

Listen to the audio below.