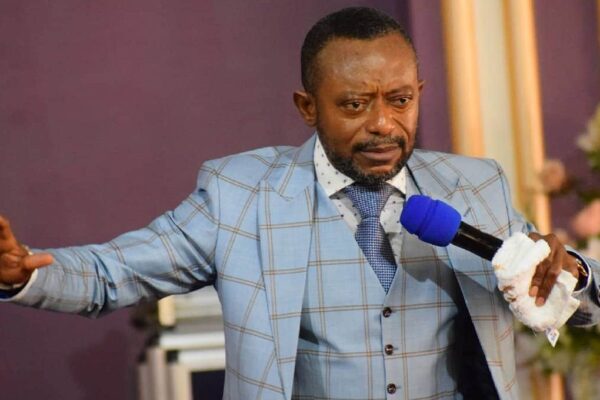 The General Overseer of the Glorious Word Power Ministries, Rev Isaac Owusu Bempah has reportedly been granted bail after being remanded in police.

That came after the court upheld his lawyer, Gary Nimako Marfo’s, appeal against an Accra Circuit Court decision not to grant him bail

However, a few hours after his first hearing on Monday, September 13, Rev Bempah was admitted to the Accra Police Hospital.

​​He was later released and returned to cells so that police could continue their investigation.

The divisive cleric has been charged with offensive conduct conducive to a breach of the peace and the threat of death.

On September 12, Rev. Owusu Bempah and three others were arrested for making threats, brandishing weapons, and assaulting police officers.

The Leader of Glorious Word Power Ministries International and the other suspects pleaded not guilty to the charges against them when they appeared in court on Monday.

As a result, Gary Nimako Marfo, the suspects’ legal counsel, urged the court to grant his clients bail.

However, the Prosecutor, Chief Inspector Dennis Terkpetey, objected to the petition, stating that the defendants needed to be remanded to allow for ongoing investigations.

After hearing both parties, the case’s presiding judge, Afia Owusuaa Appiah, stated that the suspects could not be granted bail in order for the police to complete their investigations.