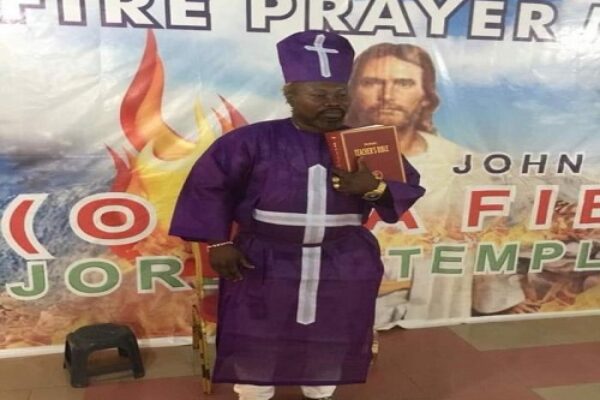 We have been informed that retired Ghanaian boxer, Ayitey Powers has repented, not only has the former boxer repented but he has also become a pastor to preach the word of God and win lost souls for Christ.

In a photo that has surfaced on social media, Ayitey Powers is seen clad in a cassock holding the holy bible.

And the truth is that we are not sure whether Ayitey Powers has gone through training to be ordained as a man of God or he just woke up from his dream to say that God has called him.

But however, the case is, former boxer Ayitey Powers is now a pastor for Fire Prayer Ministry.