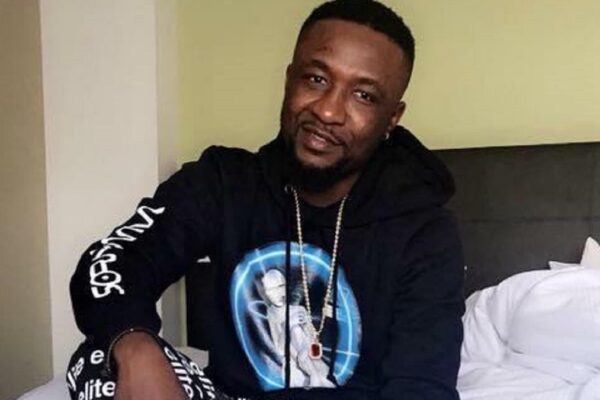 Information reaching NKONKONSA.com has it that Archipalago has been arrested in Kumasi.

The Ghanaian socialite was picked up last night in Ahodwo after he assaulted a lady at Viana City. In a video seen going viral on social media, Archipalago and the said lady she assaulted were captured in heated back and forth.

However, the social media commentator later became calm after he was arrested. In another short clip, he was seen being grilled at the CID department at the Police Station by an officer.

According to our sources, his uncles showed up to apologize on his behalf. In the video below, Archipalago was also filmed whilst apologizing to the lady who is said to be from America as well. It is unclear if has been granted bail yet.

Archipalago who was living in Kumasi is known for his controversies and banter on social media.

He travelled to America some years ago and has been living there. He returned to Ghana a few weeks ago and disclosed in an interview that he now works in the State as a sterile processing technician.