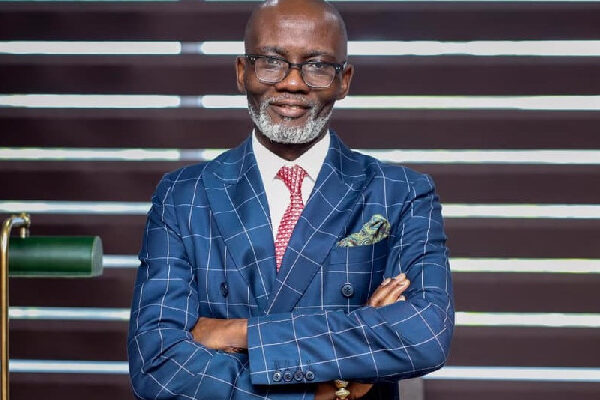 In a recent tweet he made on his official Twitter page, Gabby Otchere Darko distanced himself from the campaign some lawmakers spearheaded by Ningo Prampram MP, Sam George against the homosexuality in Ghana.

According to the politician, he is not ashamed or shy to speak up for members of the LGBTQ community and he vowed to defend the right of minorities everywhere.

“I am against the anti-gay bill & not shy to say so. I am a proud Ghanaian who cherishes all that is good about our value systems, including tolerance. And, I will defend the right of minorities everywhere. I have the courage and a sense of justice to disagree with the majority”. 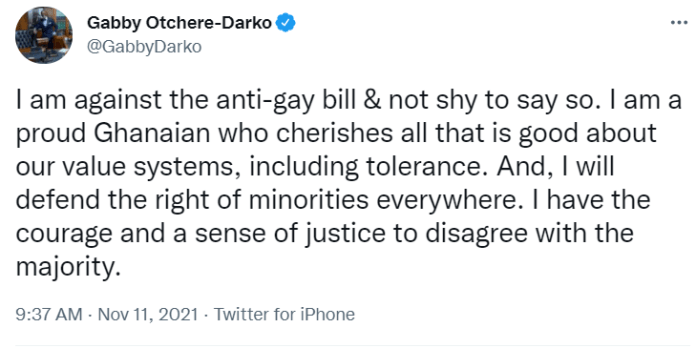