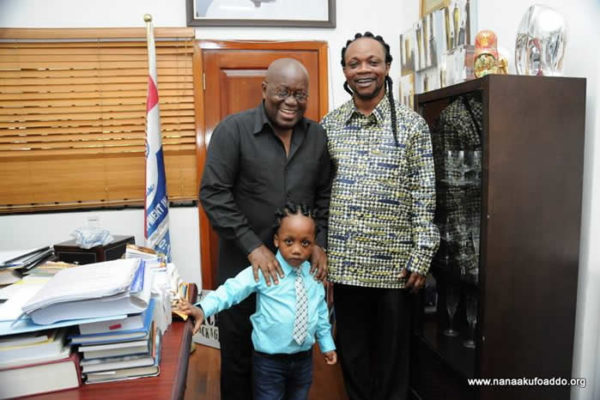 Daddy Lumba who recently released his collaborated song with Great Ampong, “Hosanna” visited Nana Addo at his office on Thursday to officially make him aware of his upcoming event.

Daddy Lumba has on many occasions released campaign songs to support the politician who ran for President of Ghana in the 2008 and 2012 presidential elections as the New Patriotic Party candidate.

The show which happens at the National Theater tomorrow will see Daddy Lumba and Great Ampong deliver first-rate performance with his band led by music producer Roro.

Other seasoned Ghanaian artistes who will join daddy Lumba and Ampong at the event are Bisa Kdei, Joyce Blessing, SP Kofi Sarpong, Gasmilla, Morris Babyface and many others.

Tickets for the event are fast selling at Gh70, Gh100 and Gh150 for regular, VIP and VVIP respectively.