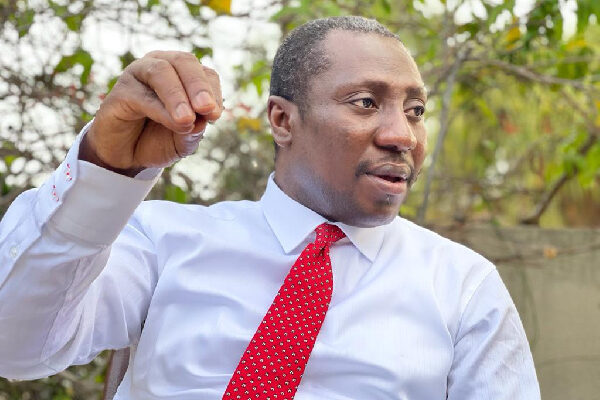 The Deputy Majority Leader, Alexander Afenyo-Markin, has urged the Minority in Parliament to support the passage of the Electronic Transaction Levy (E-levy) in order for the government to have enough money to enable them effect a good evacuation plan Ghanaians who are stuck in Ukraine back home.

There is a lot of tension between Ukraine and Russia, and this is hurting countries like Ghana, says Mr. Afenyo-Markin

The Deputy Majority Leader told the House on Thursday that evacuating Ghanaians will cost money, which will hurt the government’s limited funds. He said that it is very important for the country to be able to save its own people because no other country would take them.

He said: “The call to get Ghanaian people out of Ukraine will cost money.” Nobody in Europe will help us get rid of our people. That will not happen in America. When we have limited resources, there is going to be a lot of stress on them Even though you haven’t said anything, the Deputy Minority Leader, this is why we need an E-levy.

The next thing I was going to talk about was the E-levy. That we should gather around it and come up with a way to make money as a country because we are not in normal times.

The MP for Effutu said this after the Minority Leader, Haruna Iddrisu, used order 72 of the Standing Orders to raise a matter of urgent public importance, which is what the MP did.