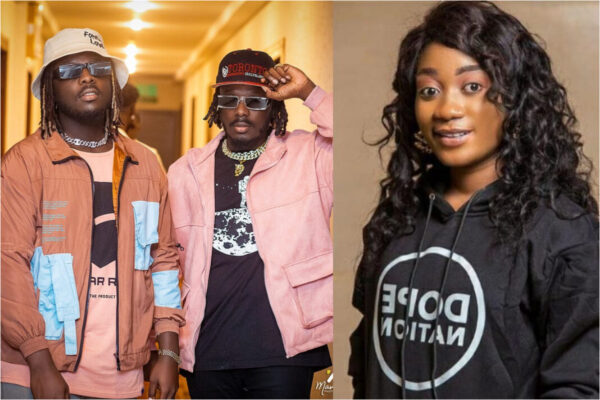 Dope Nation has shed light on the supposed acrimonious way they ended their professional relationship with emerging act, Adelaide the Seer.

During an appearance in the studios of Hitz FM for an interview with Andy Dosty, the music duo made up of twin brothers were asked to clear the air on the foregoing.

“We heard a lot of things. We are were working with her anymore and that we angrily took all her accounts and music and all that but that is not true.

We were looking for who brought out the news, but we realized that we would end up destroying our relations with certain people. It was an issue that needed to be tackled in a different way, so it was better not dwelling on it.

Right now, we can be bold and say she is a certified gospel artiste but then, she also had a lot of things she wanted to explore. We didn’t get a chance to go on a deal with her to work more. It will have a lot to do with issues at home and connecting with the fact that she’s supposed to be an artiste.” 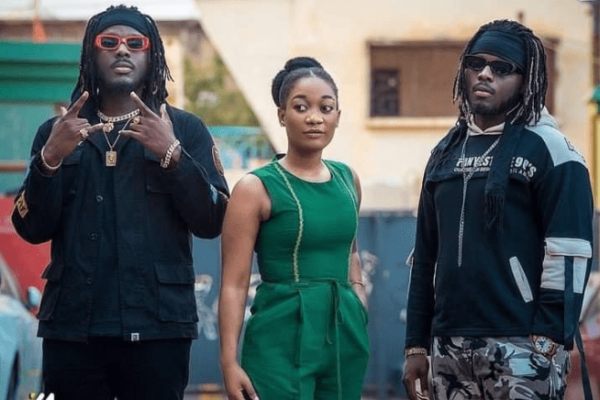 Ghanaian musician, Adelaide the Seer, has recently explained in an interview how the duo Dope Nation management deleted her account and why she is no longer a part of their management.

Speaking to Lamar, the host of Talkertainment on GhanaWeb, Adelaide made it known that before starting her music journey, she requested some time to attend to her health needs but Dope Nation was not delighted about her decision.

When she was asked how she met the Duo Musician, she said;

“It wasn’t really an issue. I had to go on a health break. So considering the break and everything around me, I felt I shouldn’t sign because it was going to come with a lot of responsibilities so I just had to pull out,” she said.

“Everybody saw me out with them some months ago and this was because they were running a promo; they were giving beats to five up-and-coming artistes and they chose me first; so that is when we did ‘Wire Me’. So after Wire Me, it got interesting and that’s when we did ‘What A God’; and there’s one more song that hasn’t been released.”