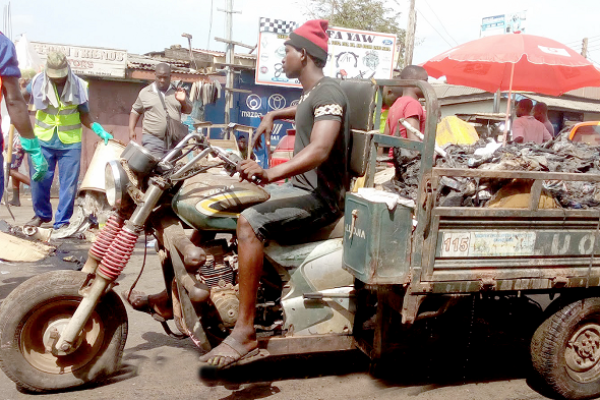 The Greater Accra Regional Minister, Mr Henry Qyuartey has announced plans to ban the commercial use of tricycles aka “aboboyaa” or pragyia in Accra, the national capital, Ghbase.com reports.

According to the industrious minister, this is part of the “Let Accra Work” agenda hence the bye-law to enhance compliance with the Road Traffic Regulations (2012) LI 2180 is going to be enforced in the capital.

The bye-law will also check the use of commercial motorcycles known as ‘okada” in the capital and the abandonment of broken-down vehicles on the streets or roads. This is to ensure the decongestion of traffic and the sanity of Accra city.

At a stakeholder consultative meeting held on Friday, August 6, Mr Henry Quartey said he will, together with other agencies ensure that tricycles also known as ‘Aboboyaa’, are banned from plying the highways and principal streets in the capital.

The meeting was attended by the Greater Accra Parliamentary Caucus of both the New Patriotic Party and National Democratic Congress, Council of State Members, Representative from the Office of the Attorney General, Ghana Police Service, DVLA Transport Unions, and the Ministry of Roads and Highways.

Others included Waste Management Service Providers, GUTA, Traditional Authority, Dean of all MMDCEs and Dean of all Presiding Members.