Prophet Reindolph Oduro Gyebi, the head of God’s Crown Chapel, has for the first time made a doom prophesy regarding bipolar Abena Korkor, who has never trended positively on the internet.

Eagle Prophet claimed clearly in an interview that the devil has possessed Abena Korkor and that she need severe deliverance from a powerful man of God.

During the interview, Eagle Prophet also predicted that Abena Korkor will take her own life by suicide.

Eagle Prophet also urged Ghanaians not to abandon Abena Korkor in these tough times, citing how she has been trending on the internet recently as evidence.

Abena Korkor is a blazing star, according to Eagle Prophet, and it is the devil’s mission to prevent her vast and strong destiny from coming true. 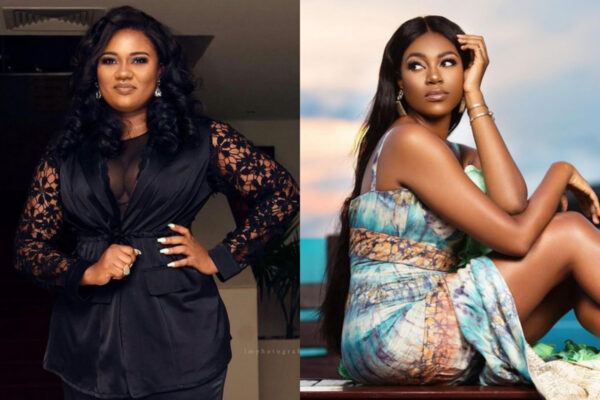 Abena Korkor, a popular socialite, has been advised by Ghanaian actress Yvonne Nelson to monetize her work online rather than give it for free.

Abena Korkor has been consistently trending on Twitter since the release of her private images, which went public a week ago.

Many internet users have expressed their fury, with many calling for Abena’s incarceration.

Yvonne, on the other hand, has advised Korkor to create an Onlyfans page for her sexual content since she believes social media is insecure.

“If she wants to pursue it professionally, I believe there are websites and routes, such as Onlyfans, where she may market and profit from it.”

During a debate, she observed, “She shouldn’t be presenting all of these for free.”

While some say Abena Korkor should be imprisoned for publicly disseminating indecent photographs, Yvonne Nelson believes she is an adult who should be free to make her own choices.

“I don’t think we have the right to talk about people like that.” She is an adult, and the stuff she produces is intended for adults.

Her family members should be the ones who are worried about these matters. “We have no right to pass judgment on her,” she continued. 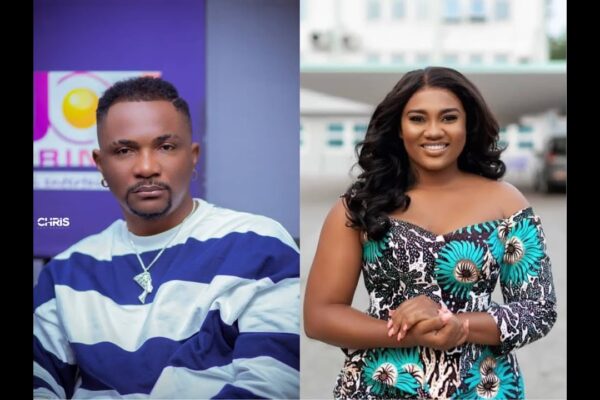 Mr. Logic, a Ghanaian entertainment expert, has stated that Abena Korkor should be arrested by the police as soon as possible as a result of her unusual conduct on social media.

According to him, people have been arrested for engaging in a similar act, yet the law seems to have gone blind on Abena Korkor’s outbursts and unusual posts on social media, adding that she has to be arrested this time around.

Mr. Logic remarked in an interview on the United Showbiz section that Abena Korkor has used her bipolar disorder as an excuse to continue her deviant conduct on social media, and that she should be imprisoned.

“Bipolar is not the highest mental disorder but it has become the common reference for even psychologists. And Abena Korkor is leveraging on her supposed bipolar disorder to do what she is doing”, he said.

Mr. Logic also chastised the law for being overly indulgent with Abena Korkor, despite the harm she is creating on social media with her filthy goods. He went on to say that mental illnesses have different levels, therefore Abena Korkor’s version shouldn’t be used as an excuse for what she’s doing on social media.

Watch the video for more: 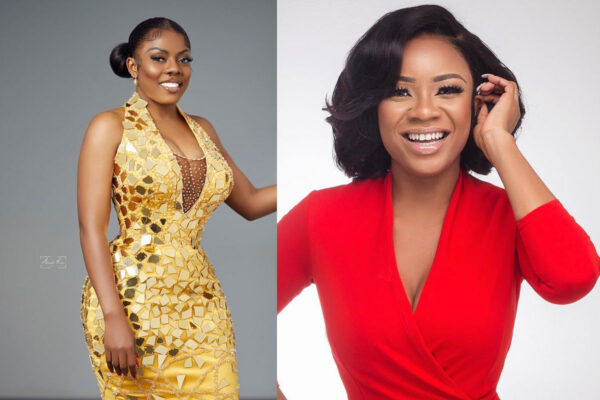 Multiple award-winning media personality and manager for EIB Network, Nana Aba Anamoah has subtly praised her mentee and “daughter” Serwaa Amihere for her outstanding professionalism after her encounter with Abena Korkor.

Abena Korkor had on several occasions tagged Serwaa Amihere as a frivolous woman who sleeps with rich men for money.

Abena also accused Nana Aba Anamoah of pimping girls who go to her to be mentored. Despite all the wild allegations by the former presenter against these women, none of them responded to her.

Well, during the red carpet session of the 23rd Vodafone Ghana music awards night, Serwaa Amihere who was one of the hosts had the chance to interview Abena Korkor.

To the admiration of all, Serwaa put her big girl pants on and remained professional throughout the interview. She made it so surreal that anyone watching for the first time wouldn’t know Abena Korkor had ever bad-mouthed her.

After the whole encounter, a proud Nana Aba shared photos of Serwaa and stated emphatically that she’d choose her over and over again. Recall, Abena Korkor in her recent rant on social media alleged that Abeiku Santana tried to have sex with her after the radio personality offered to drive her home after an event.

According to Abena Korkor, Abeiku Santana invited her out to a dinner party after he called her mother to inform her about their outing.

She disclosed that after the dinner, the Okay FM radio host offered to drive her back home.

When they got to the entrance of Abena Korkor’s house he allegedly forced to kiss her. She described him as a terrible kisser.

Well, Abeiku Santana has reacted to, allegations leveled against him, Abena Korkor.

According to the OKAY FM presenter in a chat with blogger, Zionfelix, he sees Abena Korkor as a person who is going through a serious mental problem and does not need attention.

He went on to say that any rational person will recognize that Abena Korkor’s charges are all falsehoods since she is unable to put the puzzle pieces together.

Abeiku added that Abena Korkor’s allegations did not affect his credibility or his family in any way. Asamoah Gyan, the former Ghanaian footballer, has finally spoken up about what occurred when he met socialite Nana Abena Korkor Addo on a night out in town.

According to Asamoah Gyan, Abena Korkor approached him in his car in an attempt to chat with him, according to recordings circulating on Instagram.

Abena Korkor jumped into the car and begged him to drive her home, according to the former Sunderland player.

Asamoah Gyan stated he had heard of Abena Korkor since her name had come up a few times on social media at the time.

Owing to this, the former Ghana Black Stars captain said he dropped her off at Rockstone’s office and left her there since he did not want to get into any form of issues with her.

Listen to the audio shared by Kwame A Plus below;

A post shared by The People's Person 🇬🇭 (@kwameaplus) Rapper and former 4×4 member, Captain Planet has criticized Ghanaian feminists for being silent over Abena Korkor’s ‘misbehaviour’ on social media.

Captain Planet in his reaction to Abena Korkor’s recent outburst on social media revealing her past s3xual affairs with some celebrities in Ghana positedthe story would have been different if it was a man doing what Abena Korkor is doing. His concerns come at the back of Abena Korkor dragging Stonebwoy, Asamoah Gyan and Stephen Appiah into her sex list drama.

The mental health advocate who is known for calling out popular men she has slept with caused controversy again after naming the dancehall act and the two footballers for allegedly visiting her garden.

Reacting to the claims by former TV3 presenter, Captain Planet is saying that “as Abena Korkor dey misbehave in the name her being Bipolar them feminists are all quiet.

In a Twitter post that has sparked a debate, he added that “If some bro abuse her right now e be there u go see all of them in their numbers with big big grammar”.

Responding to others who disagreed with his thoughts over claims that he is promoting abuse against women, he said “If your sense level fall down flat like kelvyn boy’s mega hit song pls read my tweet well b4 commenting any nonsense“.

“I never said anybody shd go and abuse Abena Korkor. Imagine if it was the other way round ? That’s what i meant . Have a good day,“ he added.

As Abena Korkor dey misbehave in the name her being Bipolar them feminists are all quiet. If some bro abuse her right now e be there u go see all of them in their numbers with big big grammar .

If your sense level fall down flat like kelvyn boy’s mega hit song pls read my tweet well b4 commenting any nonsense . I never said anybody shd go and abuse Abena Korkor. Imagine if it was the other way round ? That’s what i meant . Have a good day Controversial social media influencer and television personality, Afia Schwarzenegger has postulated that any Ghanaian woman who fights her husband because of Abena Korkor is stupid.

Afia Schwarzenegger made this statement while hosting United Showbiz on UTV, Saturday, March 19, 2022.

According to her, “even if you know” about your husband’s infidelity, you will be acting foolishly if you allow Abena Korkor to come in between you and him.

She thinks the socialite and former TV3 employee has been doing this for far too long to be taken seriously.

“With all due respect, if your husband arrives from work and you nag him about any allegations by Abena Korkor then you are stupid.”

“I am saying this because, I don’t think Ghanaian men are stupid. Abena Korkor, for 5 years, has been mentioning names. So, the men who try to have amorous relationships with her, are they mad? It can’t be possible.” 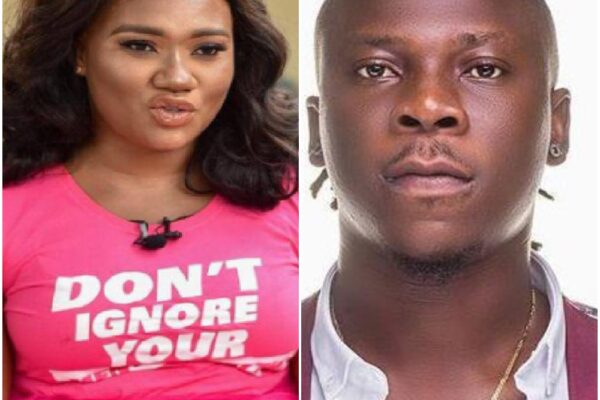 Former TV3 Presenter and Bi-Polar patient, Abena Korkor has tendered an unqualified apology to Stonebwoy after dragging him into her infamous list.

The mental health advocate has gained notoriety for naming popular married men she has had an affair with. She shocked social media yesterday after she named Stonebwoy, Asamoah Gyan and Stephen Appiah in her new claims.

Stephen Appiah has, however, issued a strong-worded press statement to deny the claim. He said “let me place on record that I have never encountered the said author in any special way other than at a few open and public events where she sought my permission to take photos with me.

The statement shared on the footballer’s social media pages added that “I entreat my family, friends and well-wishers to disregard the offensive and provocative publications, and treat it with the contempt that it deserves,”

Abena Korkor has however not responded to the statement as she rather turned to issue an apology to Stonebwoy. She shared a throwback video of a Stonebwoy show she attended to send her apology.

She captioned the Snapchat post “I apologize to 1 Gad and Bhim Nation”. 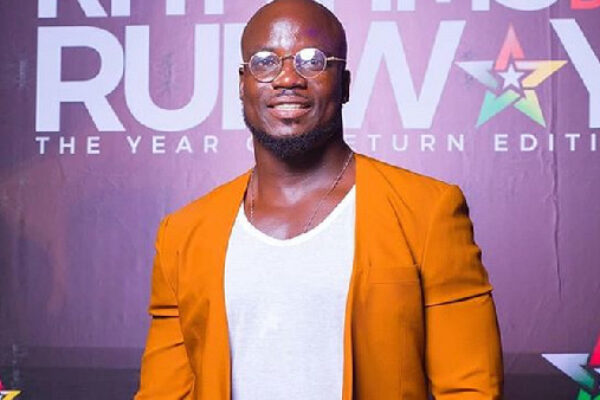 Former Black Stars captain, Stephen Appiah has reacted to allegations made by Bi-Polar patient, Abena Korkor that she had an amorous affair with the sports personality.

In a series of tweets yesterday, Abena Korkor alleged that she slept with Stephen Appiah and even asked him to step up his game.

Abena Korkor referred to her alleged affair with musician Stonebwoy as whack and asked him to go and learn how to knack well.

Well, reacting to Abena’s allegations in a press release on his Instagram page, Stephen Appiah made it clear that he had never had any amorous relationship or illicit affair with the former TV3 presenter.

See his press release below;