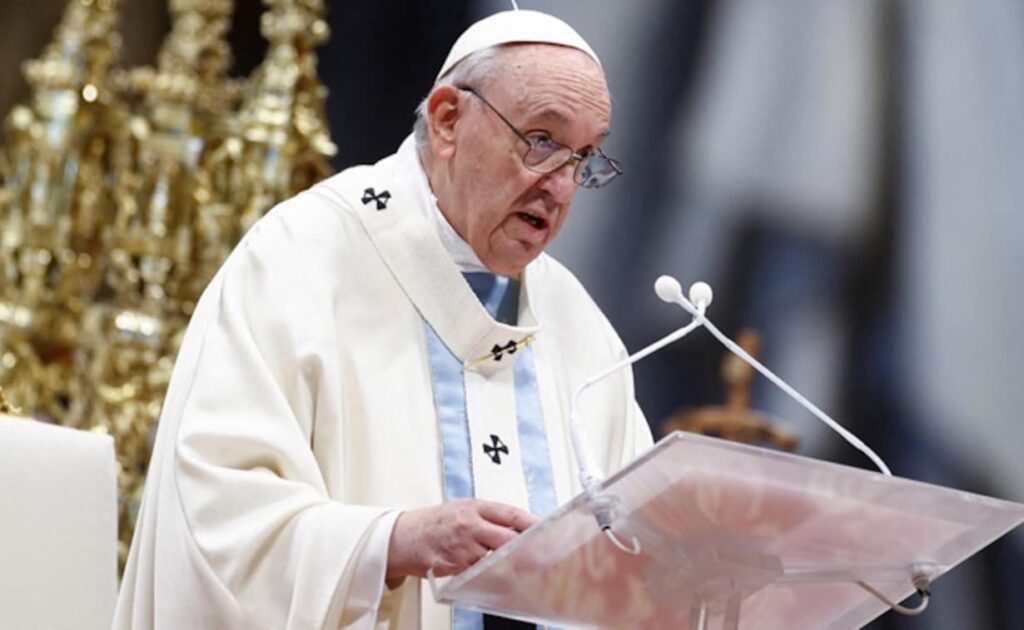 Pope Francis has advised parents to support their children regardless of their sexual orientation during his weekly audience with the public.

The 85-year-old pontiff made the appeal during the weekly audience at the Vatican. Pope Francis admonished families to never condemn their children for whatever reason, including over their sexual orientation.

The pontiff also prayed for peace in Ukraine, calling for dialogue to prevail over partisan interests so as to resolve the West’s standoff with Russia.

Speaking from the centre stage of Paul VI Hall in the Vatican, Francis said: ‘I think of parents with children with illnesses, even permanent illnesses – how much pain.

‘Parents who see different sexual orientations in their children – how to deal with this, how to be on their side and not hide in a condemnatory attitude.’

The pontiff continued: ‘Parents who see their children not going to school – so many parents’ problems, we think how to help them.

‘To them, I say: don’t be afraid… Never condemn a child.’

Francis has frequently defended the rights of gay people and argued they should be accepted in their parishes while urging parents not to reject their gay children.

During his speech, the Argentinian pope recalled how, in Buenos Aires, he felt moved seeing a line of mothers outside a prison, waiting to see their sons ‘who had made a mistake’,

‘They showed their faces, they didn’t hide and they supported him, always. What courage,’ he added.

Francis revealed today he is suffering from an inflamed ligament in his right knee that makes walking and going up and down stairs painful.

Francis told his weekly general audience that he had been informed that the inflammation usually only afflicts older people.

The issue prevented him from personally greeting the faithful following the weekly general audience.

‘I won’t be able to come among you today to greet you, because I have a problem with my right leg, a ligament in my knee is inflamed,’ the pontiff said in a rare public comment on his health.

‘It’s temporary, I hear it happens to old people, I don’t know why it happens to me,’ he joked, drawing laughter from the audience gathered in the Vatican’s Paul VI Audience Hall.