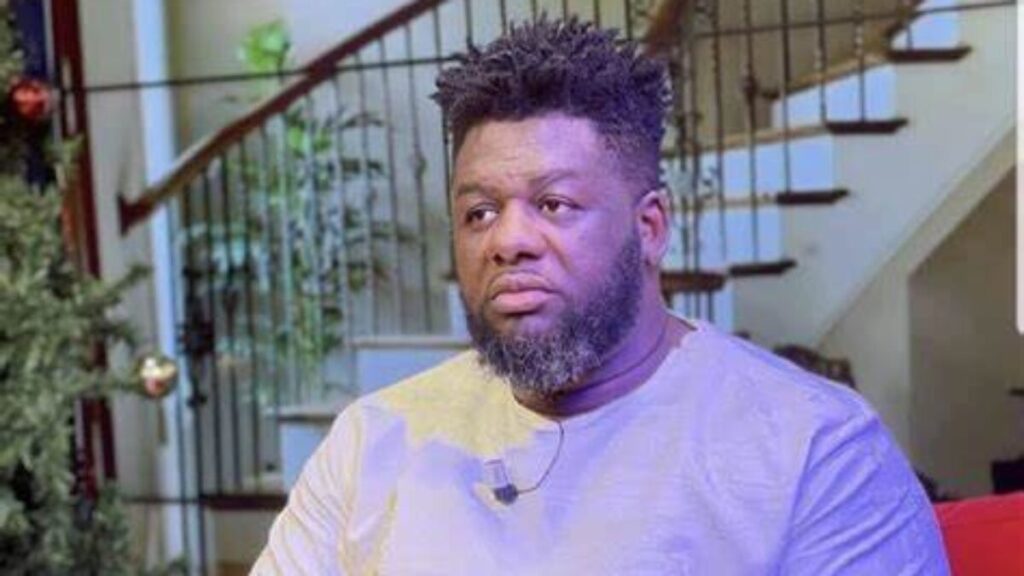 Music executive and artist manager, Lawrence Asiamah Hanson better known as Bulldog has charged the government to channel the nation’s resources to the arts sector and stop investing foolishly in football.

Bulldog’s call comes on the back of Black Stars’s poor performance at the AFCON 2021 in Cameroon as they failed to win a single game and has been axed from the competition.

According to the outspoken showbiz pundit, the Ghanaian government must desist from wasting taxpayers money on football and rather divert such funds to the music and hospitality sector.

“It’s about time we stop wasting our taxes on sports especially football — and invest solely in our music and hospitality sector“, Bulldog, real name Nana Asiamah Hanson, said in a Facebook post sighted by NKONKONSA.com

He argues that “all the applause and accolades Ghana has out there in the world presently is owed to our entertainment and tourism industry. Hospitality and entertainment is a high earner and healthy contributor to the country’s GDP“.

“Stop the foolish investment in football now! Invest in the arts,” he concluded. Bulldog comes to add the likes of Shatta Wale, KiDi, Stonebwoy and others showbiz personalities who expressed disappointment in the Ghana National team. 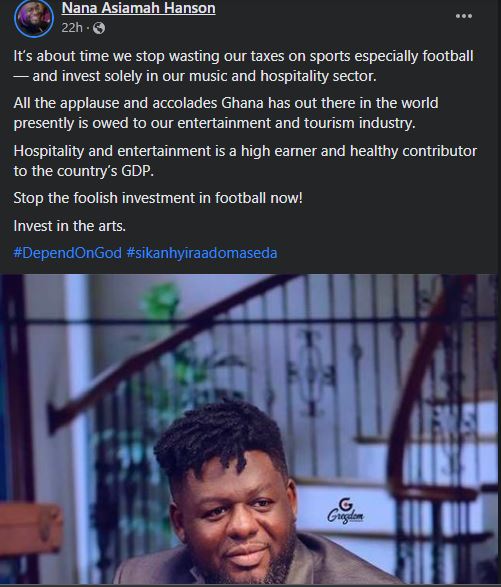