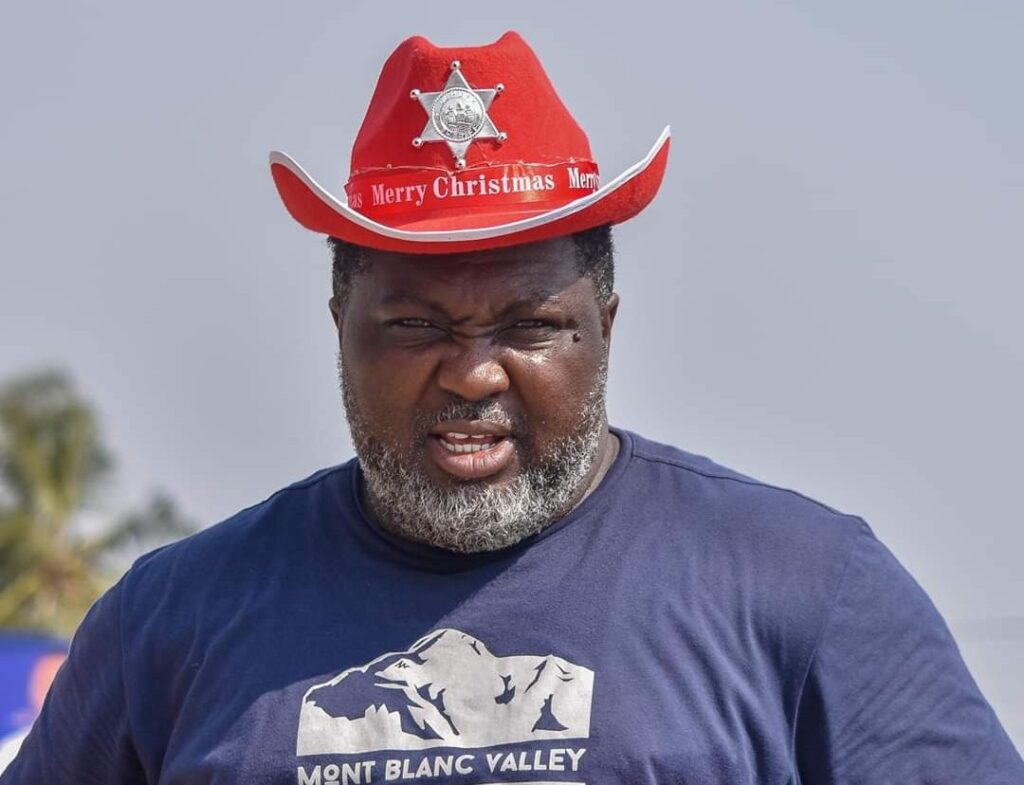 Veteran Ghanaian music producer, D’Hammer of the Last Two concurs in the comments the Director-General in Charge of Legal and Prosecution for the Ghana Police, COP Kofi Boakye made at the recently held meeting between the Inspector General of Police (IGP), George Akuffo Dampare and players in the Creative Arts Sector.

Quite a number of industry players including Shatta Wale, Kuami Eugene, KiDi, Stonebwoy, A Plus, Bulldog, Samini, Socrate Safo, Afia Schwarzenegger, Rex Omar, and more were in attendance.

Reacting to his rant, Da Hammer wondered why the creative players who attended the meeting paraded themselves as celebrities.

In his view, the celebrity tag is not a title but just a complimentary honor attached to your art and the impact you make and urged his fellow creative arts players to stop referring to themselves as celebrities, stars, and legends. 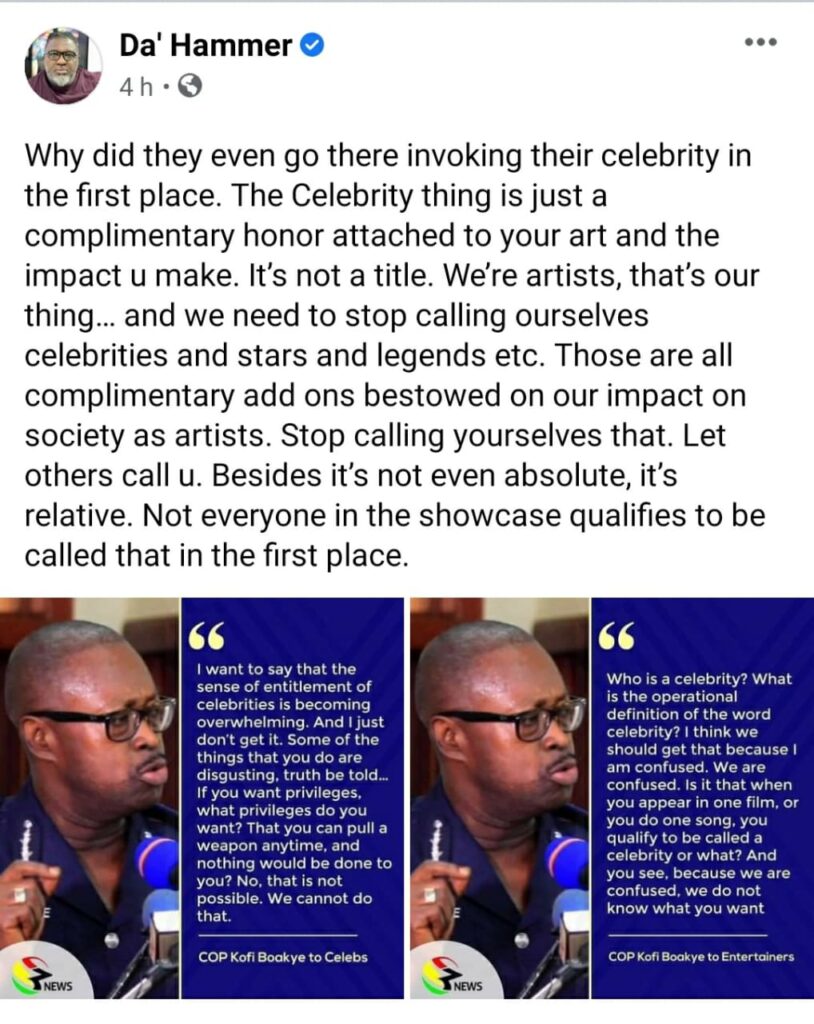