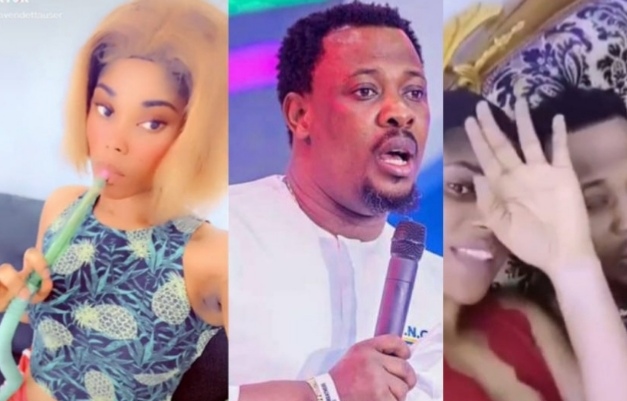 The General Overseer of Prophetic Hill Chapel, Prophet Nigel Gaisie has reacted to a viral showing him and an unknown lady in bed in.

The video showed the clergyman without a shirt lying on his bed as a pretty lady allegedly known for posting Tiktok video, twerking and dancing and they chilling together.

Reacting to allegations that the young lady is his side chic and girlfriend, Prophet Nigel Gaisie disclosed that the lady in the viral video is his sister’s daughter.

He proceeded to ask his sheep (church members and fans) to ignore the propaganda being spun by his detractors.

He boldly said people are bent on going to any length to tarnish his image but there’s nothing they will get to incriminate him.

See a screenshot of his response below; 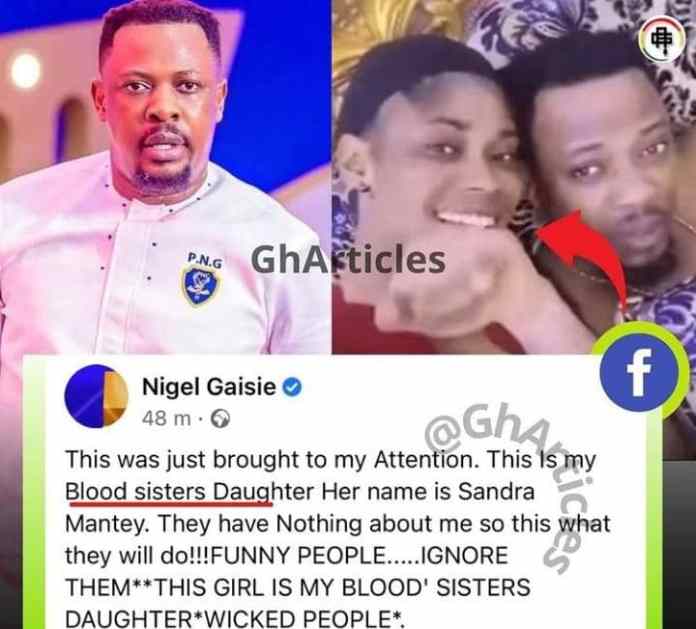 nigel gaisieprophet nigelgaisie
Previous ArticleMY NEXT EP WILL TAKE OVER THE WORLD, MARK THIS – Gyakie Brags About Her EPNext ArticleTEMA BOYS ARE LIARS AND MANIPULATIVE, I WILL NEVER DATE THEM – Kisa Gbekle