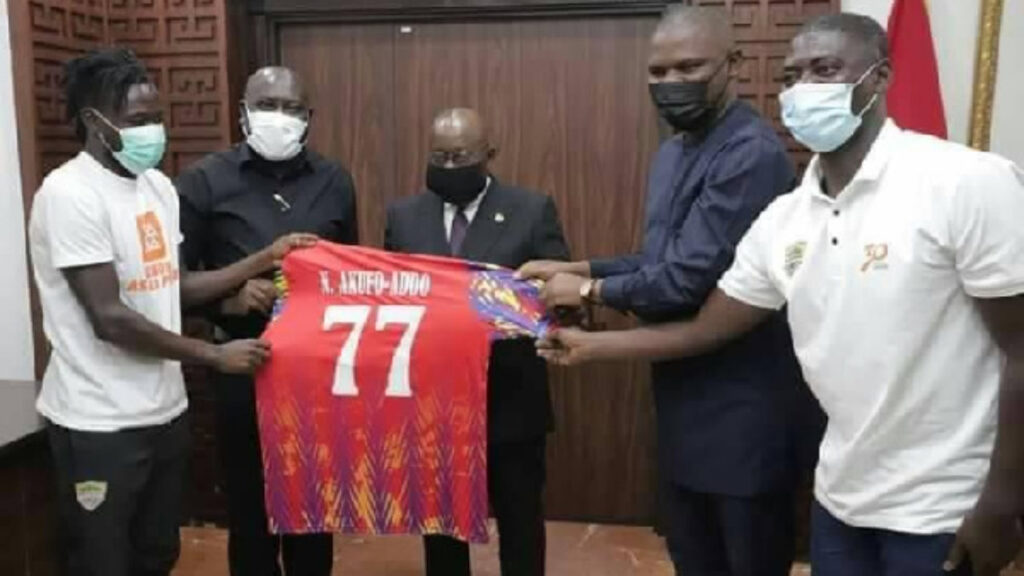 Graphic Online’s Donald Ato Dapatem reports that the President announced this when the Board of Directors of Hearts paid a courtesy call on him Tuesday [Nov 23] at the Jubilee House in Accra.

The return leg is scheduled for December 5, 2021, in Algeria. Hearts were drawn against JS Saoura after they lost heavily to the Moroccan side Wydad Athletic Club.