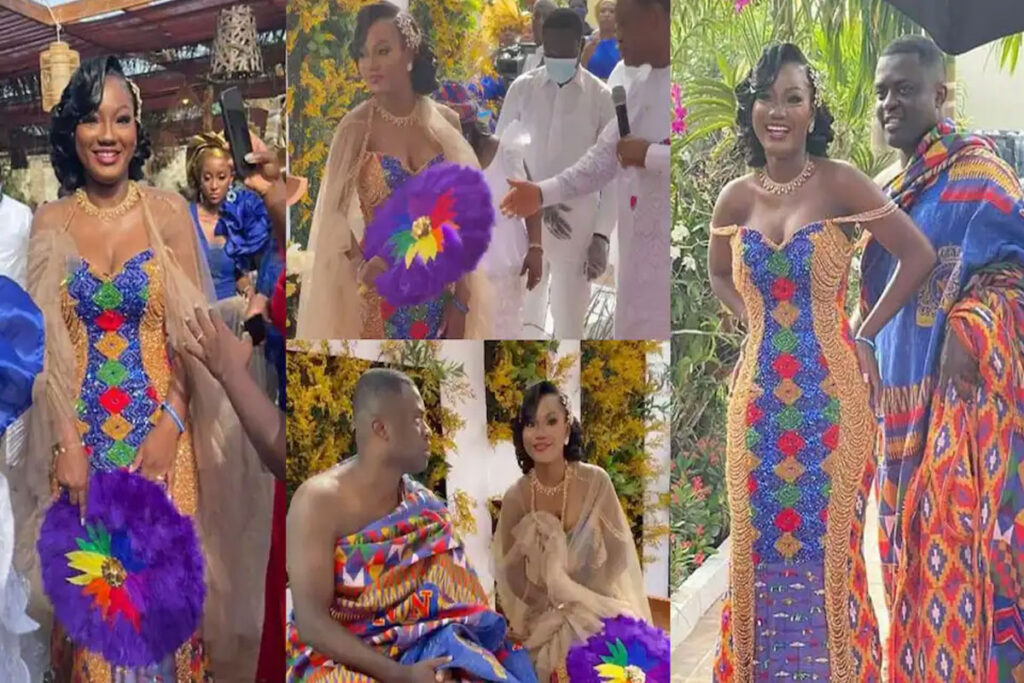 Naa Dromo Ankrah, the second daughter of the general overseer of Royal House Chapel International, Apostle Sam Korankye Ankrah has tied the knot with her lover.

Naa Dromo married her best friend, Nana in a colorful traditional wedding ceremony on Wednesday, July 7, 2021 it event saw the bride and groom clad in an expensive colorful kente.

In the video available below, Naa is seen arriving at the venue with a train of beautiful ladies, who served as bridesmaids, ushering her in.

Dressed in a stylish kente outfit, Naa Dromo was beaming with smiles while she held a blue-coloured bridal fan that matched her dress.

At a point in the video, Apostle Konrankye Ankrah, who was dressed in an all-white kaftan, took the microphone to ask Naa if he should accept the dowry items Nana and his family brought.

Watch the videos below;