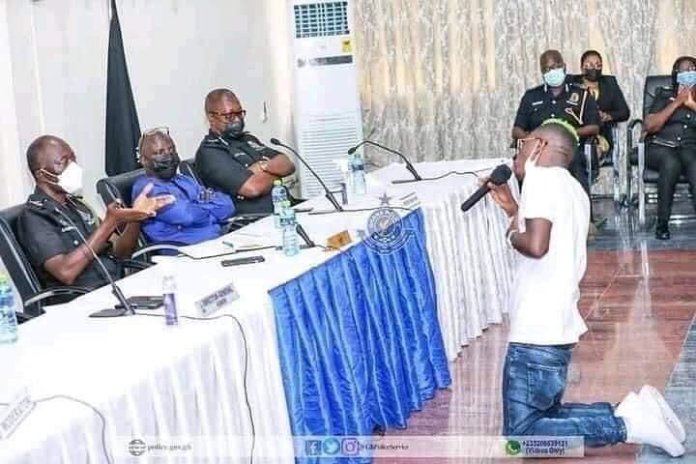 A rare photo that captures remorseful singer, Shatta Wale on his knees before IGP Dampare during the meeting after he misbehaved has emerged.

In a video that surfaced on social media, Shatta Wale was seen shouting on top of his voice in an argument with the policemen who apparently stopped him from pulling out his phone to record the event.

Shatta Wale noted that the police was being unfair to him because they allowed others to use their phones although it was a closed-door meeting.

The Shatta Movement President had to kneel down to beg the IGP after he had misconducted himself in the meeting.

No sooner had he finished speaking to the media than he went on his knees, grabbed the mic, and started begging the IGP. He had to swallow his pride and bring himself under the authority of the police and the power of the office of the IGP.

According to reports, Shatta Wale went back to the meeting room to apologize to the IGP for misbehaving.