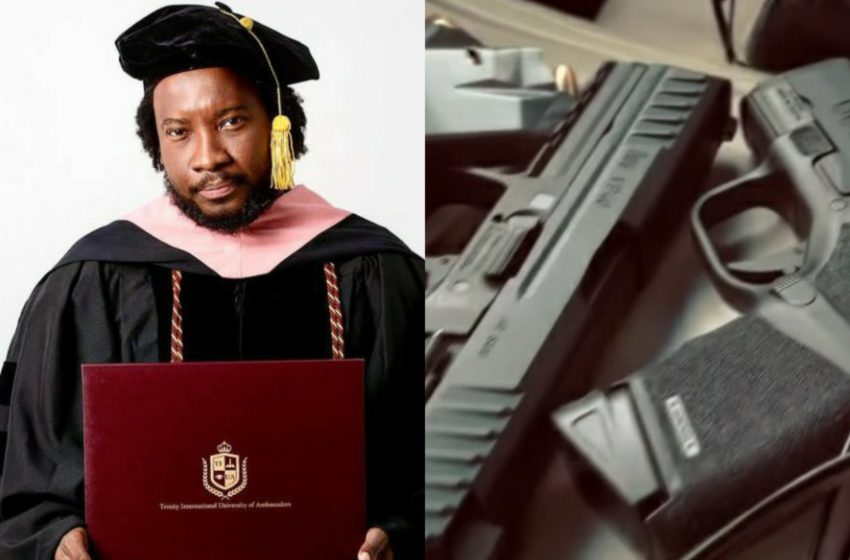 Award winning Ghanaian gospel musician, and pastor, Sonnie Badu has taken the path of rapper Medikal as he brandishes guns on the internet.

In the video, you could see he recorded it in his vehicle while listening to some bible verse but the reason he posted it is yet to be known

Captioning the video she wrote, “the word and weapon 24/7” however what the caption is communicating is unclear.

Previous Article“TT MADE OVER 1 BILLION IN JUST 4 MONTHS” – Ayisha ModiNext ArticleYOUR HEAD IS LIKE 207 BUS, YOU DON’T NEED HELP – A-Plus Blasts TT For Begging And Lying