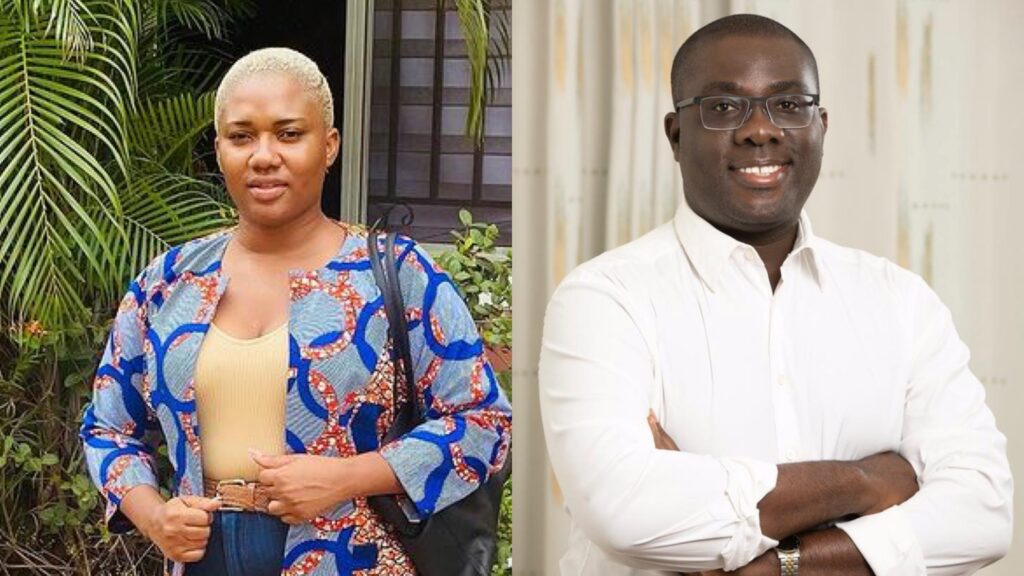 Samuel Awuku, the National Organiser of the New Patriotic Party (NPP) and former Deputy Communications Director has filed a suit against Abena Korkor over her latest kiss and tell episode.

Abena Korkor herself took to social media earlier this morning (February 1, 2022) to share screenshots purported to be from the lawyer of Sammy Awuku notifying her of the writ and the need for her to prepare for the tussle ahead.

Abena Korkor defiantly called the bluff of NPP’s Sammy Awuku for threatening her shortly after she returned with her usual ‘kiss and tell’ template which has predictably caught fire on social media.

A few days ago, the former Ladies Circle presenter on TV3 and health advocate stormed social media to provide the grapevine with a juicy updated version of the list of men who have gone through her pants.

Sammy Awuku who has been lurking in the preliminary list from the onset apparently issued a threatening message to Korkor in order to gag her up after the latest video went viral.

A defiant Korkor consequently slammed him in a new video clip reminding him that she’s not afraid to die for speaking the truth.