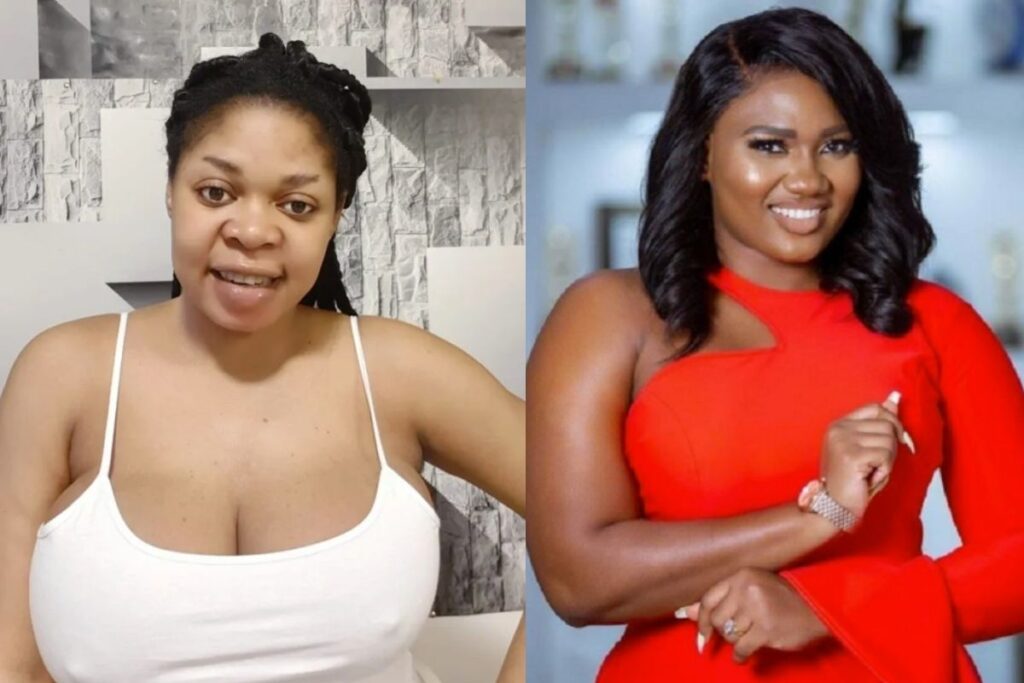 Former HIV/Aids ambassador, Joyce Dzidzor Mensah has argued boldly that bipolar disorder has no cure which is why she’s not happy about the criticisms aimed at Abena Korkor after she went gaga again following her new relapse.

Joyce who is also a bipolar person stated that regardless of medication, bipolar has no cure hence she wants Ghanaians to stop insulting the social media influencer after she dropped an updated version of the list of men she has slept with.

According to Google, bipolar disorder is associated with episodes of mood swings ranging from depressive lows to manic highs. The exact cause of bipolar disorder isn’t known, but a combination of genetics, environment, and altered brain structure and chemistry may play a role.

Manic episodes may include symptoms such as high energy, reduced need for sleep and loss of touch with reality.

Depressive episodes may include symptoms such as low energy, low motivation and loss of interest in daily activities.

Mood episodes last days to months at a time and may also be associated with suicidal thoughts. Treatment is usually lifelong and often involves a combination of medications and psychotherapy.

Meanwhile, Joyce says anyone who takes a swipe at her colleague would have her to contend with henceforth. 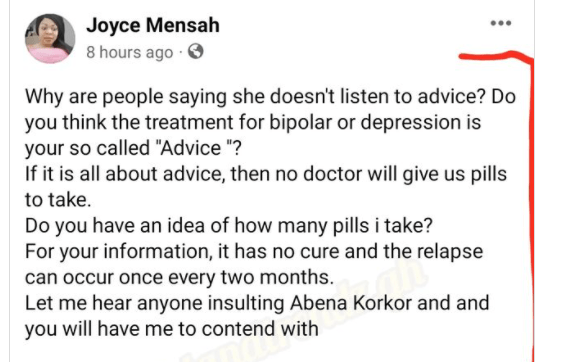